Know the risks of heart disease in women 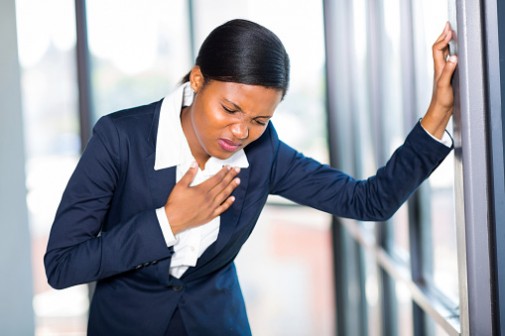 Despite heart disease being the leading killer among women in the U.S., females delay needed care for heart ailments and fare worse than men after heart attacks, according to the Centers for Disease Control and Prevention. Now, a new survey from the American Heart Association reports that few women feel a personal connection to heart disease, indicating a low awareness of its risks.

After surveying more than 1,000 women across the U.S., researchers found that knowing another woman with heart disease makes it significantly more likely a woman will be concerned about her own heart health, and more likely to discuss heart disease with her physician.

“Surveys like these confirm why ‘awareness’ is such a buzzword in health care,” says Dr. Ajay Parikh, a cardiologist with Advocate Heart Institute at Advocate South Suburban Hospital in Hazel Crest, Ill. “When someone we know is diagnosed with a disease or illness, that issue may be thrust into our lives for the first time. This exposure can make us aware of risk factors and teach us how to recognize symptoms in ourselves, increasing the likelihood we will seek needed care.”

Researchers reported that just 27 percent of women surveyed were able to name a woman in their life who is living with heart disease, yet it’s estimated that 43 million women in the U.S. are affected by heart disease.

The risk of heart disease is even higher for Hispanic women and African American women.

Hispanic women are likely to develop heart disease 10 years earlier than Caucasian women, and 47 percent of African American women 20 years old or older suffer from cardiovascular disease, according to the American Heart Association. Despite these statistics, just one in five African American women believe they are at risk for heart disease, and fewer than one in three Hispanic women know they are at an increased risk compared to their white counterparts.

The survey also asked women about interactions with their physicians. According to results, health care providers frequently focused on women’s weight as a risk factor, ignoring other problems like cholesterol or blood pressure.

“Today, men and women die from heart disease in roughly equal numbers, but culturally, it’s too often thought of as a male problem,” says Dr. Parikh. “This needs to change. Women face unique risks and challenges when it comes to heart health. Their symptoms can differ from those typical in men, or they may show no symptoms at all.”

He recommends everyone see their physician and have their blood pressure and cholesterol screened, according to guidelines.

← Quiz: What do you know about prostate health?
Julie’s story: Staying upbeat through cancer treatment →