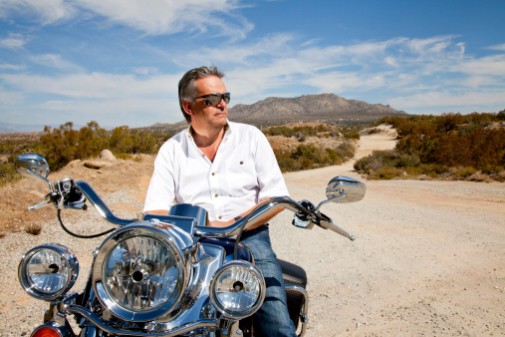 The “midlife crisis” has been a long-accepted phenomenon, playing out in pop culture and advertising for decades. Now, a new study casts doubt on its very existence.

Researchers from the University of Alberta conducted a study on happiness, surveying more than 900 individuals for as many as 25 years, and found that happiness increases from the teen years into the early 40s. In contrast, previous research described the lifetime trajectory as a “U-shaped curve,” with happiness peaking in youth, then declining from the early 20s to middle age (40 to 60 years old).

This new study differed from past research in its longitudinal design, meaning researchers studied the same individuals over time rather than taking a cross-section of the population at different ages.

“Although the ‘mid-life crisis’ is a popular theory in behavioral health, it is rather discouraging to think that the most productive years of your life – when people are starting careers, getting married, and starting families – are just a downward slope to eventual unhappiness,“ says Dr. Pradeep Thapar, psychiatrist with Advocate South Suburban Hospital in Hazel Crest, Ill. “While many people do suffer a ‘what am I doing with my life?’ crisis in middle age, it is certainly not a universal experience.“

Study participants were asked the question, “How happy are you with your life?” Their answers over time revealed that happiness rises fastest between 18 years old and well into the 30s, and confirmed that people are happiest when they are married and in good physical health, and less happy when unemployed.

“People’s early years are often rife with instability as they navigate higher education, work and the myriad responsibilities of adulthood,” Dr. Thapar says. “Once people hit their 40s and 50s, they are often more stable than they were as young adults, which can lead to less stress and better overall health.”

Despite this new research, Dr. Thapar says that a “midlife crisis” can still be very real for some individuals.

“Studies like these look at population-level data, which tells us what is most likely, not that every person will experience the exact same thing,” says Dr. Thapar. “If you or someone you love has reached middle-age and are experiencing unusual levels of stress or instability in your personal life, it can be beneficial to seek professional help from a counselor or therapist.”

← 6 tips for a better workout in the cold
Can your social relationships increase your lifespan? →