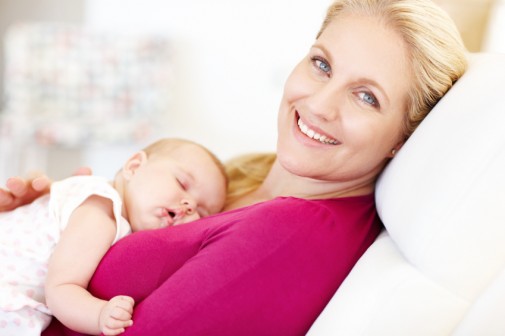 According to the U.S. Centers for Disease Control and Prevention, more women are having children later in life.

The CDC reported the average age of women who had their first child in 2014 was 26 years and three months, a 1.4 year increase since 2000. The report listed various reasons for the increase, including fewer teens having babies and more women waiting until their 30s to start families.

“Over the past several decades, the United States continued to have a larger number of first births to older women along with few births to mothers under age 20,” CDC researchers wrote in the report. “This trend and the more recent uptick in delayed initial childbearing can affect the number of children a typical woman will have in her lifetime, family size and overall population change in the United States.”

Dr. Christopher Barbour, an obstetrician and gynecologist at Advocate Good Samaritan Hospital in Downers Grove, Ill, says he has seen this trend at his own practice.

“There are so many factors involved,” he says. “First off, more young people are using effective contraceptive, including long-term solutions such as IUDs [intrauterine devices] that weren’t used in younger women initially. More importantly, women are obtaining higher degrees and taking more time to achieve career goals, which means they are putting off having their first child until later.”

However, Dr. Barbour warns that a woman’s fertility starts to decrease in her mid-30s and more sharply after 40, which can make it more difficult to conceive.

“We are seeing more patients needing in vitro fertilization [IVF] because they have waited longer to have children,” says Dr. Barbour. “However, IVF is not always the solution. The rate of success with IVF is much lower if you are using older eggs.”

According to the CDC, the average age of first-time mothers has steadily climbed since 1970, when the government first started to track the ages of new moms. At the time, the average age was 21.