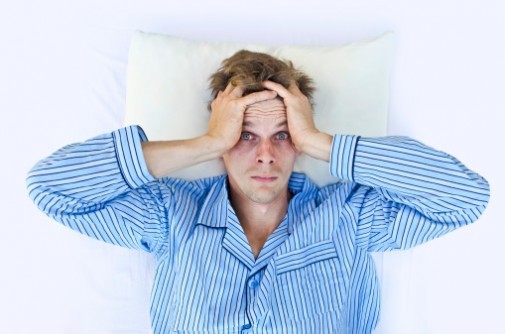 Individuals who suffer from sleep apnea have brains that work differently, which changes the levels of two important chemicals, according to a new study by researchers at the UCLA School of Nursing at the UCLA Sleep Disorder Center.

Sleep apnea, a disorder that causes a person’s breathing to be frequently interrupted during sleep, affects one in 15 adults. Most people don’t know they have sleep apnea, which can disrupt sleep up to 30 times per hour.

“Someone with sleep apnea may be told by a spouse or significant other that they have trouble breathing when sleeping,” says Dr. Melvin Wichter, a neurologist with Advocate Christ Medical Center in Oak, Lawn, Ill. “Or, they will see their physician with symptoms of memory lapses, poor concentration, excessive daytime drowsiness, trouble making decisions or complain of depression and stress.”

The study examined levels of two neurotransmitters – glutamate and gamma-aminobutyric acid (GABA). These are chemicals that transmit information through our brain and body.

“These neurotransmitters are responsible for telling our eyes to blink, our heart to beat and our fingers to grasp,” says Dr. Wichter.

These chemicals, he says, can also negatively affect mood, concentration and sleep, and when not working properly, can be harmful.

The study found that individuals with sleep apnea had reduced levels of GABA and abnormally high levels of glutamate.

Dr. Wichter explains that GABA is responsible for slowing processes down in the brain, causing calmness. Glutamate, however, acts as an accelerator. When levels of glutamate are too high, the brain ends up working in a state of stress, keeping it from working effectively. In addition, he says, glutamate has been known for years to be a potential toxic neurotransmitter.

“In previous studies, we’ve seen structural changes in the brain due to sleep apnea, but in this study we actually found substantial differences in these two chemicals that influence how the brain is working,” said Paul Macey, lead researcher and an associate professor at the UCLA School of Nursing, in a press release.

While the researchers noted that they expected to see an increase in the glutamate — because it was already known that high levels can cause damage, and people with sleep apnea have had brain damage — they were surprised that a drop in GABA accompanied a rise in glutamate.

“That made us realize that there must be a reorganization of how the brain was working,” said Macey, who noted that the findings could be encouraging. “In contrast with damage, if something is working differently, we can potentially fix it.”

The CPAP machine, prescribed to help people sleep with less disturbance, is the primary treatment for sleep apnea. Research at UCLA will continue to determine whether treatment with a CPAP machine or other methods work to return patients’ brain chemicals back to normal levels. If not, they will seek out new treatments that could be more effective in helping to alleviate issues with stress, concentration and memory loss.

“For now, however, there are drugs that can reduce these injurious effects and perhaps reduce long-term effects of sleep apnea on the brain,” he says.

← Are concussions linked to an increased suicide risk?
Can a messy home worsen your diet? →