Does being born premature predispose kids to bullying? 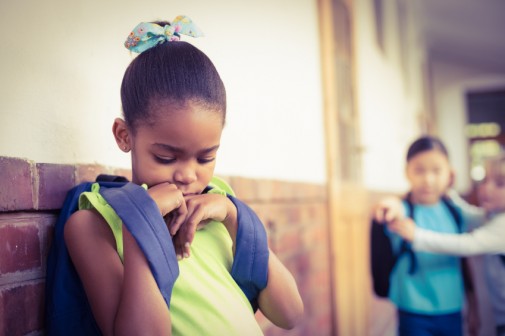 Babies born at an extremely low birth weight are more likely to be bullied as kids, and this significantly raises their risk for mental health issues as adults, according to a study.

Not only that, but the more they were bullied as children, the higher the risk of them developing issues such as depression, anxiety or attention-deficit/hyperactivity disorder (ADHD) when they are adults.

The tiniest babies, noted the researchers from McMaster University in Hamilton, Ontario, were more likely to be bullied in childhood, perhaps due to poorer physical abilities, higher levels of anxiety and learning difficulties.

“This is compelling evidence that the effects of bullying can have a long-lasting negative impact on premature infants as they develop into childhood and beyond,” says Dr. Hassan Alzein, a pediatric specialist at Advocate Children’s Hospital. “This needs to be on the radar for parents, teachers and other caregivers, so that bullying can be identified and stopped as quickly as possible.”

These recent findings, published in the journal Pediatrics, come from following Canadians who were 2.2 pounds or less at birth until they were 36 years old. The study authors compared these participants to people who had normal birth weights of 5.5 pounds or more.

Of the extremely low birth weight children who were bullied, they were almost two times more likely to develop a mental health problem by their 20s. However, the risk proved higher for those who were bullied more often.

The extremely low birth weight adults in their 30s who had been bullied as children had nearly three times the chance of developing anxiety disorders such as obsessive-compulsive disorder, social phobia and panic disorder. Again, rates were even higher for those who were bullied more frequently.

“These findings underscore the need to recognize that extremely low birth weight babies may face challenges long after they leave the NICU (neonatal intensive care unit),” says Dr. Alzein. “As they grow, these children will need support and understanding in order to maintain good physical and mental health.”

According to statistics available at the National Bullying Prevention Center, nearly a quarter of U.S. children say they were bullied during the school year, with only about 43 percent of those kids reporting these incidences to parents and teachers.