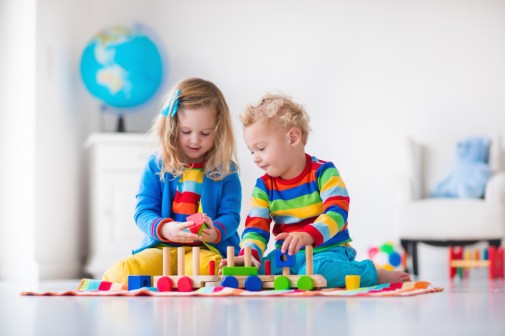 Younger brothers and sisters can sometimes drive you nuts, but a new study suggests they might be very good for your health.

That’s because children who have younger siblings by the time they reach first grade are about three times less likely to be obese, researchers found. The University of Michigan study was recently published online and will appear in the April 2016 print issue of Pediatrics.

“Research suggests that having younger siblings – compared with having older or no siblings – is associated with a lower risk of being overweight,” said senior author Dr. Julie Lumeng, a developmental and behavioral pediatrician at University of Michigan’s C.S. Mott Children’s Hospital, in a news release. “However, we have very little information about how the birth of a sibling may shape obesity risk during childhood.”

While researchers emphasized that the study did not explain the association between siblings and body mass index, they did speculate that increased physical activity or changes in a family’s dietary habits may play a role.

“Maybe you go to the park more,” Dr. Lumeng said, “or maybe there is just more activity in the house… We need to further study how having a sibling may impact even subtle changes such as mealtime behaviors and physical activity.”

As is the case with any complex issue, says Dr. Asit Vora, an assistant professor of clinical pediatrics at Advocate Children’s Hospital in Oak Lawn, Ill., there is no single “silver bullet” that will fix the problem of child obesity. But pediatricians and health care providers must start the conversation somewhere.

“There are many negative impacts of childhood obesity that parents must be aware of as they can have lifelong implications for the health of a child,” says Dr. Vora. “Obese youth are more likely to have high cholesterol and high blood pressure, both risk factors for cardiovascular disease, and are at increased risk of type 2 diabetes, stroke, sleep apnea, bone and joint problems, and several types of cancer.”

About one in six children and teens in the U.S. is obese, according to the Centers for Disease Control and Prevention.

“We as health care providers must educate and empower our patients and families so that they are adequately prepared with all the tools necessary to live full, healthy and productive lives,” says Dr. Vora.