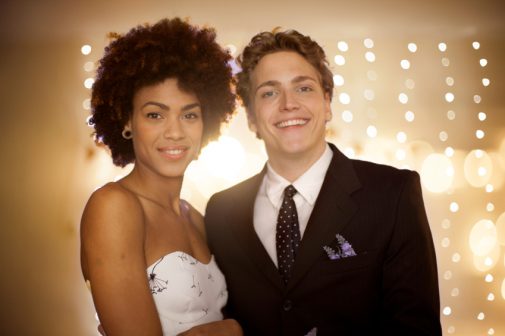 With prom season right around the corner, young men in relationships might be questioned by friends about whether they plan to “hook up” with their date on prom night, while young women may feel pressured to take their relationship to the next level.

In fact, one in three boys ages 15-17 say they feel pressure to have sex, often from male friends, according to a Psychology Today study conducted by The Kaiser Family Foundation.

This kind of pressure could lead both partners to begin a sexual relationship before they are ready, or worse, before they give consent, says Sarah Katula, PhD., an advanced practice nurse in psychiatry at Advocate Good Samaritan Hospital in Downers Grove, Ill.

With April being Sexual Assault Awareness Month, Katula says now is a good time for parents to talk to their teens about respecting the opposite sex.

“It’s really important for parents to talk to both boys and girls on a regular basis about how to respect one another,” she says. “Bring up the conversation when your teen is listening to misogynistic music or watching TV or a movie that shows violent, sexually offensive or demeaning images.”

The U.S. Office on Women’s Health defines sexual assault as any type of forced or pressured sexual contact or behavior that happens without consent from unwanted touching to rape and attempted rape. The National Sexual Violence Resource Center (NSVRC) estimates that one in six boys and one in four girls will be victim of a sexual assault before the age of 18.

“Unfortunately, consensual sex is usually only brought up when there is a question whether both people involved agreed to the act. However, consent is an important topic that should be discussed openly and honestly,” says Katula. “Teens should be taught that they need to ask permission to kiss someone and to share a sexual experience.”

Katula says a great resource for teaching the important aspects of consent is a video called “Tea Consent.” The video suggests asking someone to agree to a sexual act is similar to offering them a cup of tea. The narrator poses a variety of questions and answers that illustrate proper versus improper consent.

As prom season tends to put risky behavior peer pressure on teens, Katula offers the following advice to keep them as safe as possible:

“Talk to your teens about healthy relationships, risky behavior and what to do when they feel their safety is at risk,” says Katula. “While teens can be impulsive, they can make good decisions with the right modeling and discussions with a trusted adult.”