Take earplugs to your next concert to prevent hearing loss 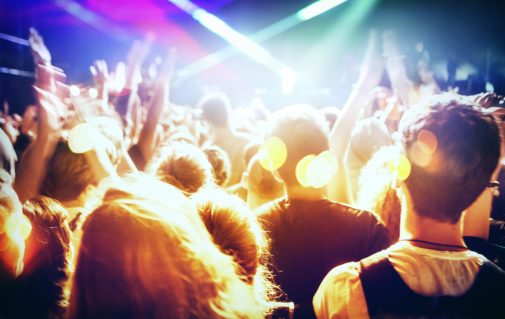 You’re less likely to suffer temporary hearing loss immediately after exposure to loud music if you wear them, according to a new study.

If you think young people won’t wear them, think again.

“Young people are taking a more active role in their hearing health than in years past,” says Dr. Angelique Cohen, an otolaryngologist at Advocate Condell Medical Center in Libertyville, Ill. “Safety awareness in hearing seems to be growing. New research, such as this study, helps strengthen our recommendations. Always remember, pack the plugs. Concert music can be loud and damaging.”

Researchers conducting the study gave hearing tests to 51 people before an outdoor music festival in Amsterdam, then they gave earplugs to 25 of them. After 4.5 hours, all of them had their hearing tested again. Of those who wore earplugs, 8 percent were diagnosed with temporary hearing loss, compared with 42 percent in the group that didn’t wear them.

The authors of the study, which appeared in the journal JAMA Otolaryngology – Head & Neck Surgery, also wrote that the prevalence of adolescents with hearing loss has increased by 31 percent in the last two decades since 1988.

While listening to loud music was the focus of this study, physicians say people should be mindful of other activities that could result in hearing loss, such as riding a motorcycle, going to movies where the sound level is amped up or attending certain sporting events, especially indoors.

“Repeated episodes or a single loud episode of noise exposure can lead to permanent hearing loss and tinnitus,” Dr. Cohen says. “When you wake up after the concert and your ears are ringing, you hope it will pass, but sometimes it doesn’t. Protect yourself now before it is too late.”

Here are some tips from the National Institute on Deafness and Other Communication Disorders for protecting your hearing:

← Are we on the brink of a physician shortage of epic proportions?
Anaphylactic shock: Do you know what to do? →