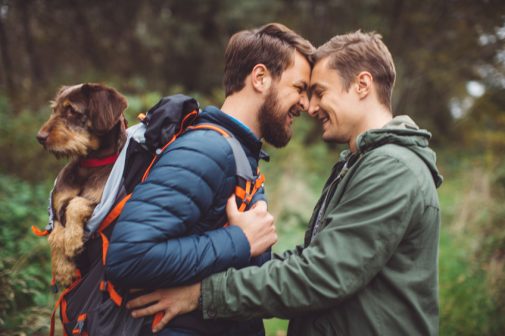 Researchers looked at data from more than 68,000 adults 18 and over who participated in the National Health Interview Survey. The survey first included questions about sexual orientation in 2013 and 2014, shedding light on the disparities that lesbian, gay and bisexual adults face in health care.

“If people feel unwelcome in a health care setting, whether due to outright discrimination or perceived bias, it can have a ripple effect on their overall health and well-being,” says Dr. Gladys Macagba, a hospitalist on staff at Advocate South Suburban Hospital in Hazel Crest, Ill. “Health care workers have a responsibility to try to bridge those gaps and ensure we are providing equal care to all.”

Although gay men and lesbian women reported some advantages in education and income over heterosexual adults, they remained at higher risk of poor health. Researchers think the “chronic minority stress” experienced by gay and lesbian people may play a role.

“Each patient we see brings a personal health history with them, as well as a variety of unique risk factors,” says Dr. Macagba. “It’s one thing to make sure our signage and paperwork are inclusive, but it’s equally as important to get to know our patients and the issues their communities are facing so we can provide the kind of holistic care they need to get and stay well.”

Improving the health, safety and well-being of lesbian, gay, bisexual and transgender (LGBT) individuals is one of the Healthy People 2020 objectives set out by the U.S. Department of Health and Human Services. All 12 Advocate Health Care hospitals were named as Leaders in LGBT Healthcare Equality by the Human Rights Campaign Foundation in April 2016.