Home / Primary care / Bacteria in your nose may save your life?

Bacteria in your nose may save your life? 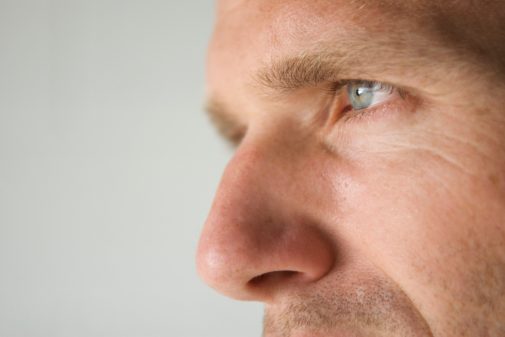 In the nasal passages of some individuals lives a bacterium capable of causing sepsis and death; in others’ noses, an antibiotic that may work against it.

Researchers have discovered that Staphylococcus lugdunensis, a bacterium commonly found within the nose, can fight a sometimes harmful pathogen, Staphylococcus aureus. This potentially ground-breaking discovery opens the possibility for human microbiota to be considered as a source for new antibiotics.

When found in or on the body, S. aureus is typically harmless, but it can quickly turn deadly upon entering an open wound or incision. And the microbe poses an even scarier risk: one form, known as methicillan-resistant Staphylococcus aureus (MRSA) is antibiotic resistant and is responsible for at least 23,000 deaths and more than 2 million illnesses in the US each year, according to the Centers for Disease Control and Prevention.

Not everyone carries S. aureus or S. lugdunensis, and it is highly unlikely that a person would have both residing within them. When researchers looked at nearly 200 hospitalized patients, only one participant carried both bacteria.

Dr. Adam Treitman, an infectious disease specialist at Advocate Christ Medical Center in Oak Lawn, Ill., says the research serves another important purpose. “This study is an important reminder that our understanding of the human microbiome is still in its infancy.”

Antibiotics are typically formed by fungi and soil bacteria, so the possibility of our body creating a natural antibiotic is big news, especially as the number of antibiotic resistant bacteria continues to become a major public health issue. In 2014, President Obama issued an executive order, subsequently leading to the White House’s National Strategy to Combat Antibiotic-Resistant Bacteria.

Experts recommend exercising caution when it comes to antibiotic medicine.

“Antibiotics may cause unintended consequences, in this instance, killing protective bacteria, and therefore, should be used judiciously,” says Dr. Treitman.

According to the CDC, slowing the development of antibiotic resistant bacteria is best done through an all-encompassing process, which includes educating clinicians on providing patients with the proper medicine at the right time and only prescribing antibiotics when necessary.

← How do you spell congestion relief? Neti Pot
Infographic: 5 reasons your breath stinks →