Home / Behavioral Health / How long until your coffee stops working?

How long until your coffee stops working? 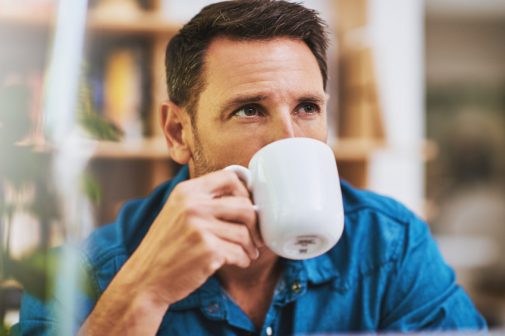 Caffeine may seem magical at times, but what many people rely on to wake up can’t undo patterns of poor sleep over multiple days, according to a new study done by the Walter Reed Army Institute of Research.

Researchers studied 48 healthy individuals whose sleep was restricted to five hours over the course of five days. Each individual was given either 200 mg of caffeine or a placebo twice daily, while also going through hourly cognitive tests. After the first five days, participants were given three days of recovery sleep, which is the equivalent of eight hours a day.

They found that after two days of restricted sleep, caffeine could significantly improve alertness and provide a dose of sustained energy. However, after the third day of poor sleep, too much damage had been done.

“We were particularly surprised that the performance advantage conferred by two daily 200 mg doses of caffeine was lost after three nights of sleep restriction,” said lead author Tracy Jill Doty, PhD, research scientist at Walter Reed Army Institute of Research, in a press release. “These results are important, because caffeine is a stimulant widely used to counteract performance decline following periods of restricted sleep.”

Caffeine enters the bloodstream through the stomach and small intestine and can have a stimulating effect as soon as 15 minutes after it is consumed. Once in the body, caffeine will persist for several hours. In fact, it takes about six hours for half of the caffeine to be eliminated, according to the National Sleep Foundation.

But, as the study discovered, relying on caffeine long-term doesn’t negate the effects of poor sleep habits. And the risks go beyond just being tired.

“If you don’t sleep well, you can’t function well,” says Dr. Naresh Upadhyay, a pulmonologist at Advocate Trinity Hospital in Chicago. “You have trouble focusing or concentrating on anything for a long period of time. It is also dangerous because there are a lot of sleep conditions that can make diabetes worse and increase heart attack, stroke or congestive heart disease.”