Women’s body image on the rise 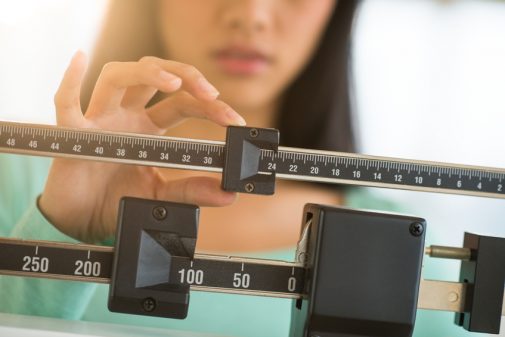 Body image is a struggle for many people of all ages and genders. New research suggests, however, that women’s feelings about their bodies may be slowly improving.

Researchers from the College of Wooster looked at data for more than 100,000 people over three decades and found that, while more women still suffer from negative body image more than men, women’s overall dissatisfaction with their weight dropped over time.

The results were presented at the American Psychological Association’s 124th Annual Convention in Denver.

“This is positive news at a time when it is sorely needed,” says Dr. Rushia Butler, a family practice physician at Advocate South Suburban Hospital in Hazel Crest, Ill. “Today, children are dieting at young ages, and social media’s popularity has given it a large influence on how we see ourselves, for better or worse. There are growing movements both online and off that are centered around self-acceptance and body positivity, and perhaps this means they are having an impact.”

Previous studies have shown that poor body image can lead to poor physical health because sufferers are more likely to engage in unhealthy behaviors like extreme dieting, excessive exercise and smoking.

While obesity rates continue to grow, there are many factors involved in overall good health, and many physicians are taking an integrative approach to helping their patients be well.

“Unfortunately, negative body image is not a problem unique to women, and it can affect people of all ages. Comments that feel like shaming can cause a lot of harm, so how we choose to speak about ourselves and others is very important,” says Dr. Butler. “We should be especially mindful when around children, whose early life experiences become the base for life-long habits. Sometimes, creating lasting change can be as simple as re-framing the conversation.”

Dr. Butler suggests that adults refrain from commenting on children’s weight or body shape, even if the comments are positive.

“Discussions with children should center around healthy habits rather than appearance, whenever possible. Praise their hard work, teach them about the benefits of nutritious foods, make exercise a family priority and try to avoid the word ‘diet,’” she says. “These habits are ingrained in many of us, but over time, these subtle comments can build up and can leave our young adults struggling to accept themselves.”

← Blog: It seemed like just another evening run
Are high-protein diets good for you? →