Children most at risk at start of the school year 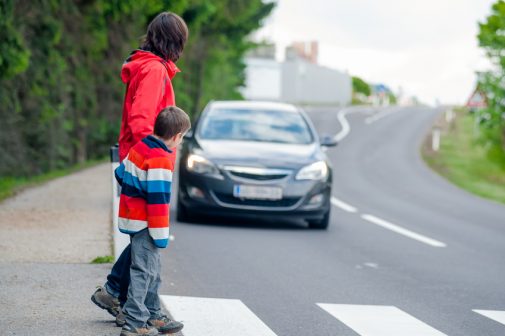 It’s that time of the year again–the start of school. For many children and teens, it’s a time of eager anticipation, and also much change and a little anxiety. But it’s also a dangerous time for kids making their way to school. With so much activity and excitement on the first couple days, kids can become distracted, whether on their way to catch the bus or crossing the street while walking to school. And drivers aren’t always as careful as they should be. Racing to drop kids off and get to work, it can be a time of change for them as well.

According to Safe Kids Worldwide, cars hit more children during this time of year than at any other time. Every day, 44 kids are hit by a car while walking in the United States, and 16,000 kids are hurt every year.

It is an especially dangerous time of year for children and teens in neighborhoods, and especially in school zones. In fact, unintentional pedestrian injuries are the fifth leading cause of injury-related deaths in the United States. Teens have the greatest risk with a death rate twice that of younger children.

“It is never too early to teach a child the rules of the road,” says Alix McNulty, an injury prevention coordinator at Advocate Children’s Hospital in Oak Lawn and Park Ridge, Ill. “The roadways are for cars, bikes and for people. Teach children to use the sidewalks, streets and crosswalks as early as possible.”

“With the addition of a timer on the crosswalk signals, children can be more aware about the changing of street lights,” says Dr. Swalani Omprakash, an emergency medicine physician at Advocate Children’s Hospital. “However, children also need to be taught to not only watch that timer, but also to look around because many cars try to ‘beat the light’ and don’t pay attention to the crosswalk or who is in it.”

← Could a migraine mean something more?
Is the key to a healthy diet the type of fat you eat? →