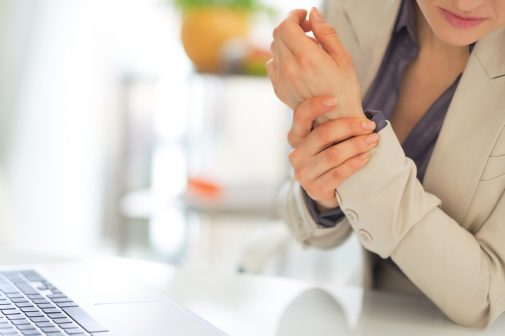 If you suffer from severe joint pain you’re not alone. The number of people plagued by pain is on the rise, according to a new study from the Centers for Disease Control and Prevention (CDC). The research results show a nearly 40 percent spike in men and women reporting serious joint pain between 2002 and 2014.

The team report that the problem may only get worse since much of the joint pain is associated with arthritis. And arthritis cases among Americans are expected to rise over the next few decades, the CDC said.

“Many people think arthritis only affects older adults but it affects people of all ages, including children,” says Dr. Venkat Seshadri, an orthopedic specialist on staff at Advocate South Suburban Hospital in Hazel Crest, Ill. “These findings put a spotlight on the fact that an increasing number of people of all ages will be living with severe pain in the coming years.”

Stronger, prescription painkillers such as opioids, however, are to be avoided, says Dr. Seshadri. The health and addiction risks of longer term use, he says, make opioids potentially unsafe.

← Infographic: High tech detection
What parents shouldn’t talk about with their daughters →