Home / Fitness & Wellness / How job satisfaction can impact your health

How job satisfaction can impact your health 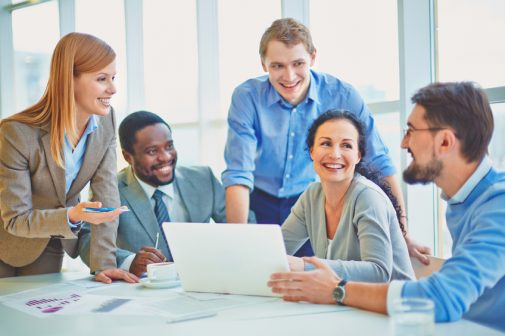 Bright-eyed and bushy tailed as you head into work? Or does a case of the Mondays have you begging for hump day already?

Less than a third of U.S. employees felt engaged in their jobs in 2015, according to a Gallup poll released earlier this year. And study after study suggests that how satisfied you are at work can have a significant impact on your physical and emotional health.

Dr. Tony Hampton, a family medicine physician with Advocate Health Care, which was just named one of Chicago’s Top Workplaces by the Chicago Tribune, says there’s no question that stress and happiness levels associated with your job can have a tremendous impact on your overall well-being.

“If you’re doing what you like to do,” Dr. Hampton says, “and you have someone at work who encourages your development and gives weight to your opinions, that can affect not only your performance but your happiness and health in a positive way.”

When it comes to your body’s reaction to a negative work environment, however, he likens the impact to that of the fight-or-flight response.

“If you need to run from a lion, but you can’t because the lion is your job, or your boss, or inefficiencies around you, that can lead to a host of health issues. Physiologically, if you’re unhappy at work, that increases your stress levels,” Dr. Hampton says. “And when the body is stressed, it produces the hormone cortisol, which leads to the production of sugar, and gets stored in the body as fat, increasing the risk of diabetes. It also leads to insulin production, which can cause inflammation, and over time, these factors can result in more serious health issues like heart disease and stroke.”

New research out of The Ohio State University that tracked workers from the age of 25 through 39 shows other health problems can stem from a bad work environment, too. Those with lower levels of job satisfaction were more likely to report sleep problems, depression and excessive worry, and had lower scores on tests of overall mental health.

← Tired, dizzy, bad breath? This could be to blame
How many bugs are living in your home? →