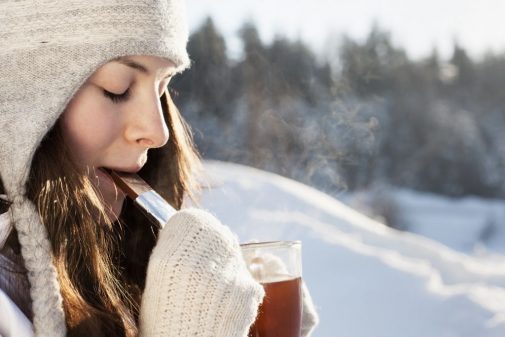 With the first “official” day of winter under our belts, are you finding yourself heading to the kitchen more often than usual? Turns out the frigid weather might have something to do with it.

Dr. Sarah Hicks, an internal medicine physician at Advocate Christ Medical Center in Oak Lawn, Ill., says there are many factors that play a role in our eating habits.

“The topic of seasonal variation in nutrient intake has been studied extensively over the years, but the findings have been rather inconsistent. Some studies have found that the amount and type of calories is consistent throughout the seasons, while others have determined an increased intake in total calories and energy intake in the fall and winter, favoring carbohydrates and fat.”

But she says these discrepancies can be explained by where you live.

“Certain areas may be more influenced by the seasonal availability of foods and the price of locally produced foods than other areas. For example, a recent study found consistent dietary patterns in a metropolitan population throughout the years, where all types of food are more readily available, regardless of season.”

Dr. Hicks explains the different holidays people celebrate throughout the fall and winter months may also play a role. “There is good evidence that the amount of calories eaten at a meal directly correlates with the number of people present at the meal and the time spent eating,” she says.

In addition, with shorter, colder days comes the likelihood of less physical activity. “Less daylight, lower temperatures and more precipitation may also be to blame for the weight gain some people experience in winter months.”

“So, whether we eat more calories in the colder months is up for debate,” she says.

Whether winter causes you to pack on the pounds or other factors are at play, Dr. Hicks offers the following tips for combating weight gain: