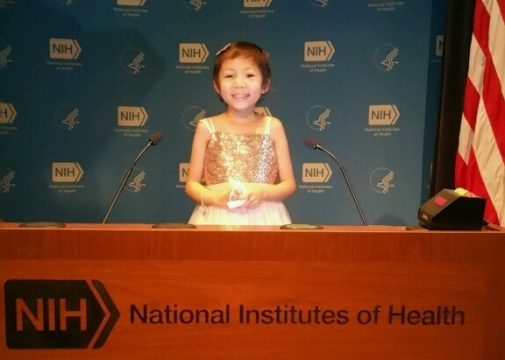 Losing is not an option.

That is the mindset of Sophia Trujillo, age 7, as she battles aplastic anemia, an extremely rare and potentially life-threatening condition in which one’s body stops producing enough new blood cells.

“Her strength and positive attitude amazes me every day,” Sophia’s mother Michelle says. “I can tell you that she’s stronger than I’ll ever be. She’s just an incredible little girl.”

Unexplained bruising around Sophia’s abdomen and legs developed in the summer of 2014, and prompted her pediatricians at Advocate Lutheran General Hospital in Park Ridge, Ill., to order a blood test, which revealed the aplastic anemia.

“At first, doctors thought she might have leukemia,” Michelle says. “I think when a lot of people hear ‘anemia,’ they don’t think it’s that serious, but [aplastic anemia] is potentially fatal if left untreated.”

A bone marrow transplant is a potential cure, but finding a donor for Sophia has proved unsuccessful. Sophia is half Filipino with a mix of Irish, Spanish and Italian, so while Caucasian patients match with a donor approximately 97 percent of the time and Hispanic patients are next at 80 percent, the odds for multiracial people are drastically lower.

“With Sophia’s makeup, she has only a 0.5 percent chance to find a match,” Michelle says. “We need to diversify the registry to give those with multiracial backgrounds a better chance.”

As her daughter’s condition grew more severe and finding a bone marrow match was far from a certainty, Michelle decided in November of 2015 to temporarily relocate from Crystal Lake, Ill. to Maryland for Sophia to participate in a groundbreaking clinical trial known as a haplo-cord transplant at the National Institutes of Health. Sophia’s procedure, which occurred in February 2016, involved doctors combining her mother’s stem cells with donor cells to hopefully create a match.

Michelle’s stem cells were harvested through a nonsurgical procedure called apheresis during which her blood was removed and passed through a machine that separated the stem cells. The remaining blood was then returned to Michelle’s system.

“I was tired that day, but 24 hours later, I was fine and back to regular activity,” Michelle says when asked if she experienced any discomfort. “The whole procedure only took a few hours, and I was able to give someone a second chance at life.”

When doctors first began researching the procedure, they estimated a 70 percent survival rate, but the actual results of 92 percent through the first 25 cases far exceeded expectations. Sophia appears poised to add to that success rate. Despite developing a rare fungal infection resulting in multiple surgeries after the procedure, she is now more than 300 days past the transplant.

“She is getting stronger every day, but still isn’t out of the woods yet,” Michelle says. “We’re hoping this is the cure, but she’s still on the bone marrow registry in case a perfect match does come along.”

And Michelle says she is “making it her mission” to at least improve her daughter’s odds. Working with LifeSource staff, Michelle has held several bone marrow and blood drives, including some in areas of heavy Filipino population. She has also taken to social media to encourage people to join the registry.

There is also another procedure where doctors use a needle to extract bone marrow stem cells from the pelvic bone. Bone marrow regenerates, so one’s health is not affected.

“It has become my passion to spread the word about the registry,” Michelle says. “I think we just need to educate people, and we can help increase the percentages of someone finding a match. The way you need to look at it is that you are giving someone a second chance at life.”

Those interested in learning more about being a bone marrow donor can click here for information on joining the registry. The registration process is simple and includes providing a cheek swab, completing a consent form and making a commitment to patients in need.

If you would like more information about joining the bone marrow registry, contact Melissa Williams at LifeSource, mwilliams@itxm.org or join the Be The Match registry at https://join.bethematch.org/AdvocateHC. 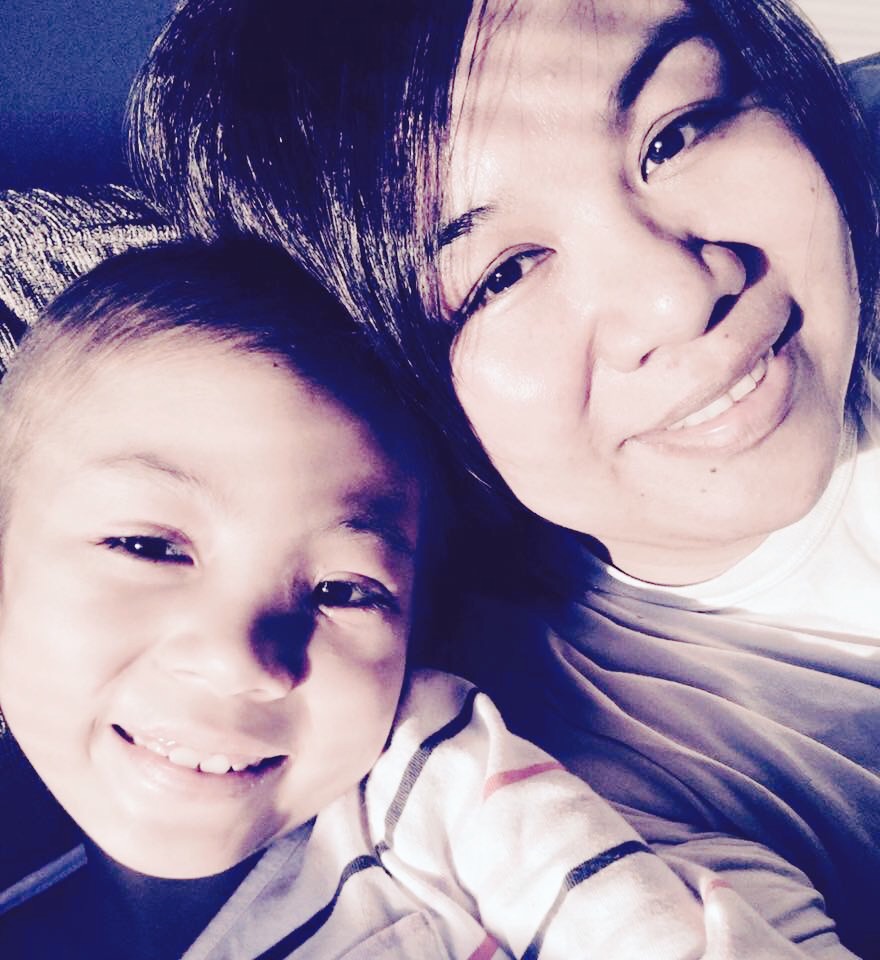 Sophia and her mom Michelle

← How I de-stress at the gym
Infographic: Health benefits of fish oil →

Mike Gilbert’s love for writing began when he penned a paper in his sophomore English class at St. Laurence High School predicating a World Series for the Sammy Sosa-led 1997 Chicago Cubs. He was off by 20 years, but that didn’t stop him from continuing to write. Now he works as a Marketing Specialist at LifeSource bringing to light stories on some of the blood center’s amazing donors and important blood and bone marrow drives.