Could eating this popular food shorten your life? 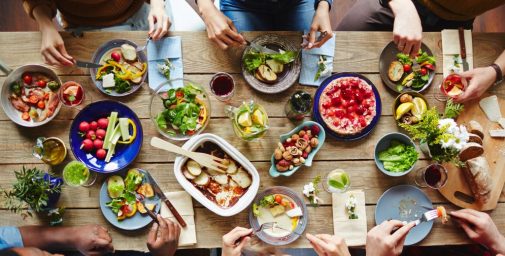 You might love french fries, but they don’t love you. In fact, eating them might shorten your life.

Researchers analyzing the dietary patterns of 4,400 people took a closer look at how often they ate potatoes. Notably they found that 236 of the 4,400 participants died over the course of the eight-year study. At the end of the study, it was determined that those who ate fried potatoes were at increased risk of mortality compared with participants who ate no fried potatoes.

“Those eating fried potatoes two to three times each week almost doubled their risk (of dying),” says Nicola Veronese, the study’s lead author and a scientist at the National Research Council in Padova, Italy, in an email to Advocate’s health enews.

Frying seemed to be the key factor, because unfried potatoes didn’t show the same connection. The researchers took all cooking preparations into account, so french fries, potato chips, hash browns and other fried potatoes all were included under the “fried” umbrella. Cooking oil that is rich in trans-fat may be the culprit.

The American Heart Association recommends avoiding trans fats and limiting the use of saturated fat to five to six percent of total calories. The association suggests preparing foods in oils that don’t contain trans fats, such as naturally occurring, unhydrogenated vegetable oils, which include: canola, safflower, sunflower and olive oil.

“This can help lower cholesterol, thus reducing the risk of cardiovascular disease,” he says.

The potato analysis, reported in the American Journal of Clinical Nutrition, was part of a broader study of osteoarthritis funded by the National Institutes of Health.

← What it means if your kid recognizes these 11 brand logos
Do you have a smartphone addiction? →