Home / Behavioral health / Is your brother or sister your biggest rival?

Is your brother or sister your biggest rival? 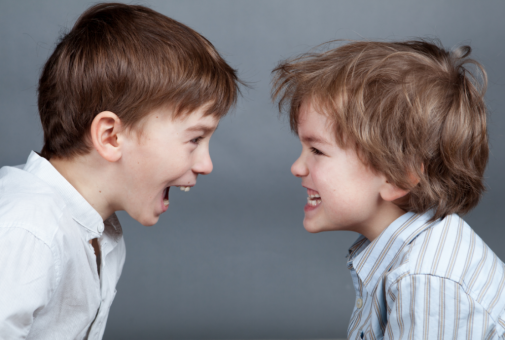 Do you have an overly competitive brother or sister? Ever wonder why he or she always has to one-up you?

A new study conducted by Hillary Murdoch, presented to the American Psychological Association, claims that while it fades with adulthood, males feel more sibling rivalry as children than females.

The study surveyed 210 adults in 18 states who were raised with one or more siblings in the same household. Participants ranged from 20 to 78 years-old.

“Sibling rivalry is a very normal part of life in households with multiple children regardless of gender,” says Dr. Gabrielle Roberts, a psychologist at Advocate Christ Medical Center and Advocate Children’s Hospital in Oak Lawn, Ill. “Still, the results of the study are interesting and certainly spark a number of additional questions about the gender differences in sibling development and experience.”

The study lists two noticeable factors among the participants – parenting and trauma.

Some of the participants said they felt less rivalry with their siblings when their parents gave children an equal amount of attention and didn’t encourage competition. Trauma such as divorce, death of a parent, and abuse, were also listed as helping to bring children closer together.

Most of the participants said that over time their relationships became less rivalrous.

Dr. Roberts explains, “While sibling rivalry may persist throughout childhood, it does often improve in adulthood and many siblings ultimately develop close relationships.”

If you’re a parent looking for information on how to deal with sibling rivalry among your children, check out some tips from Dr. Roberts here.