Time to say goodbye to the dreaded liquid diet? 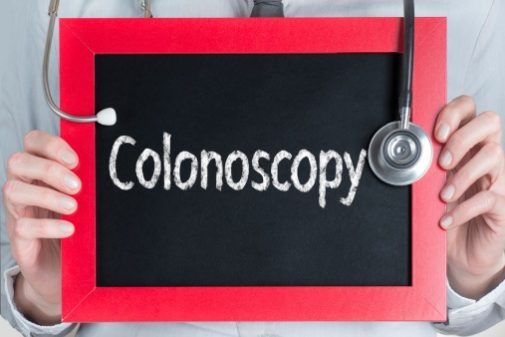 The prep may not be the worst part of getting a colonoscopy after all.

Before a colonoscopy procedure, patients usually have to say goodbye to all solid foods and say hello to a clear liquid diet. But one study suggests that people may no longer have to prep for a colonoscopy with an empty stomach.

The research found that people who consumed a limited amount of low fiber foods were happier and did not suffer any negative effects during the procedure. The research showed these patients’ bowels were better prepared for the procedure compared to patients who remained on the clear liquid diet.

“The assumptions about no food on the day before colonoscopy are probably not correct. The clear liquid diet is very restrictive, and probably too restrictive,” said study author Dr. Jason Samarasena, an assistant clinical professor of medicine with the division of gastroenterology and hepatology-interventional endoscopy at the University of California, Irvine, in a press release.

A clear liquid diet is designed to keep the colon clean during a colonoscopy. Certain foods that are hard and fibrous like seeds can block the scope. By having patients eat a low fiber diet, it allows them to eat food that would not stick to their bowels and disrupt the exam.

“Patient satisfaction and overall well-being is enhanced when patients are allowed to eat low-residue foods such as a cheese omelet, vanilla milkshake or flavored yogurt without fruit or nuts,” says Kathi Riley, a nurse in interventional radiology at Advocate Good Shepherd Hospital in Barrington, Ill. “These foods have no ill effect or impact on the colonoscopy procedure.”

In contrast, high fiber foods like vegetables, fruits, nuts, seeds and grains are often undigested when they make their way to the colon, and they can interfere with the examination of the colon.

“I added certain low-residue foods to my patient’s bowel preparations last year (including cheese, eggs and yogurt),” says Dr. Chad Spangler, a gastroenterologist at Advocate Good Shepherd Hospital. “Based upon preliminary data, I have had no decline in the quality of those preps. Patient feedback has also been positive in that there seems to be a better sense of maintaining one’s nutritional status while prepping as well as quelling their hunger pangs. Based on this study, I will likely add a few more items to the prep day diet.”

← Should canines crash in your bed?
Here’s how you can help reduce stigma around mental illness →