Are Americans feeding their babies solid foods too soon? 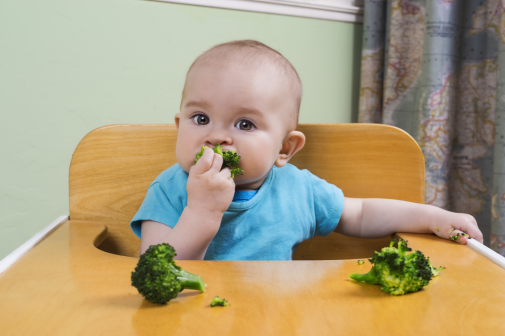 Among the string of “baby’s firsts” that parents like to capture is their little one’s first foray into the world of solid food.

A recent review of survey data is showing that this first taste might be happening too soon in the U.S.

An analysis of survey data from 2009-2014, led by Chloe Barrera of the Centers for Disease Control and Prevention, showed that over 16 percent of infants were introduced to complementary foods (anything other than breast milk or formula) when they were less than four months old.

“We have been suggesting no introduction of solid foods before the age of four months for a while,” says Dr. Aaron Traeger, pediatrician with Advocate Children’s Medical Group in Bloomington, Ill.

“It really boils down to not being developmentally appropriate. [Babies] may not have the best head control and are more likely to choke.”

“The other important part is that breast milk and formula have essential nutrition for brain development. When babies get solids before four months, they are being filled up with other things and not getting the brain food,” Dr. Traeger adds.

Because of this, the American Academy of Pediatrics recommends breast milk as the primary source of nutrition for about six months. Barrera’s review indicated that around 54 percent of infants had received complementary food before reaching six months of age.

“Between four to six months, starting some solids is an okay idea,” says Dr. Traeger. “Think of it more like tasting. Get the camera ready and get ready for smiles or some funny reactions. Nothing unpasteurized, nothing that can choke them and try to stick with simple things.”