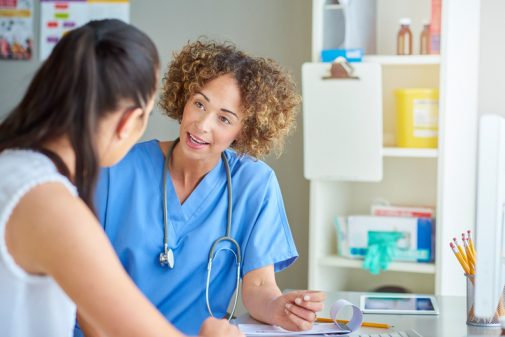 People commonly think a heart attack is caused from a blockage in one of the arteries of the heart, but a new study proves this may not always be the case in women.

Recently, the Circulation journal by the American Heart Association published a study indicating women can have a heart attack regardless of whether they have a blocked artery or not, unlike their male counterparts, whose primary cause is a blocked artery.

The study surveyed 340 women who reported chest pains and did not have blocked heart arteries. The women underwent a cardiac magnetic resonance imaging (MRI)  procedure for the heart. The results found that eight percent of women who had chest pain and no blocked arteries did, in fact, have scars on their heart signifying they had a heart attack.

“Often, the symptoms of a heart attack in women are not the ‘classic’, crushing chest pain everyone envisions,” says Dr. Shermeen Memon, a cardiologist with the Advocate Heart Institute at Advocate Christ Medical Center in Oak Lawn, Ill., who specializes in reading MRIs of the heart.

“In women, symptoms of heart attacks can present as chest discomfort or tightness, indigestion, back, arm, or neck pain, or fatigue, just to name a few presenting symptoms. Not all chest pain indicates a heart attack; however, chest pain should never be ignored.”

One third of the women who had scars on their heart from the study were never diagnosed with a heart attack, even though the scans illustrated damage to their heart muscle.

“It’s always important to listen to your body and take chest discomfort, shortness of breath or any new symptoms seriously,” says Dr. Memon. “It is important to determine what the causes of those symptoms are to ensure you are provided the correct treatment.”

According to Dr. Memon, these are some of the lesser-known heart conditions to which women could be susceptible:

Dr. Memon adds that it is important to live a heart-healthy lifestyle which includes a balanced diet, exercise and providing your body with enough rest to help prevent any heart disease, whether it be due to a blocked artery or other cause.

← Why is one of the deadliest cancers on the rise?
Suffer from hot flashes? This might be the key to relief →