Home / Behavioral health / Is this everyday influence dangerous to your mental health?

Is this everyday influence dangerous to your mental health? 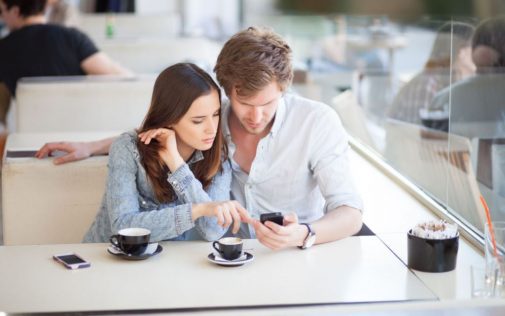 The negative posts we encounter on social media can put our mental health at risk.

That’s according to a recent study published in the journal Anxiety and Depression Association of America. Researchers found that for every 10 percent increase in unpleasant social media experiences the participants reported, their risk of developing symptoms of depression rose by 20 percent.

“Social media is tailored to an individual to the point that it creates echo chambers and emphasizes certain themes,” says Dr. Brian Flores, a clinical psychologist at Advocate Illinois Masonic Medical Center in Chicago. “A person may be consuming a steady stream of negativity, comparisons to unrealistic achievements or hateful rhetoric. That constant exposure can worsen or create symptoms of sadness, anxiety and insecurities.”

The study found that positive experiences on social media lower the risk of depression far less than negative ones raise it. In fact, an overload of positive posts in our feeds can also lead to mental health consequences like isolation.

“Posts on social media tend to be idealized versions of happiness and success,” says Dr. Flores. “Some people can feel their lives are not enough or they are not living up to the high expectations of others, which can result in withdrawing from people and feeling disconnected from them.”

Since their business models are to get the most views, clicks or likes, social media apps are designed in a way that the brain wants to interact with them more than necessary, Dr. Flores explains.

“People can spend a lot of their time looking at a reality over which they have little influence,” he says. “In the pursuit of social media validation, they may neglect their day-to-day lives where they have more influence to make it better.”

Realizing when social media use is becoming mentally harmful is critical.

“If your relationship with social media is not helpful, taking up too much time and leaving you feeling emptier, alone or disillusioned, it is time to put some rules or boundaries on your consumption,” says Dr. Flores. “The next step is to connect with your existing social support community or engage in therapy to help create better and more meaningful social connections.”

If cutting back on social media is a struggle, Dr. Flores suggests turning to a close friend or family member or seeking mental health support.

“Typically, a person struggling to limit their social media use may find themselves with similar difficulties inhibiting their desires in other areas of life, which can result in feeling defeated, frustrated and discouraged,” he says. “A therapist can help unlock their potential to improve their life and execute their desire for self-control. Therapy can be especially helpful for children and adolescents and for supporting the family in finding a healthy relationship with each other and social media.”

“If social media is about connection, then follow the people who are already in your life,” he says.

“Use it to enhance existing relationships.”

← 75 percent of African Americans have this by age 55
First prenatal visit coming up? Here’s what to expect →

Sophie Mark, health enews contributor, is a Public Affairs Intern at Advocate Illinois Masonic Medical Center in Chicago. She is also a student at Loyola University Chicago, where she is completing her degrees in Advertising/Public Relations and English. In her free time she loves reading, baking, and exploring the city.