Home / Behavioral health / Can’t wake up early? Your genes may be to blame

Can’t wake up early? Your genes may be to blame 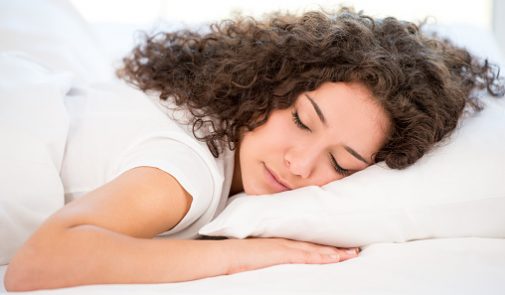 Whether it means waking at dawn or just hitting the hay in the wee hours of the morning, your genetically determined circadian rhythms might be to blame for your waking and sleeping habits.

And while it may not be easy or even possible to change these tendencies, several studies show that both night owls and early birds have their perks.

According to Dr. Muhammad Ikramuddin, a sleep specialist with Advocate Condell Medical Center in Libertyville, Ill., the tendency for an individual to be a morning person, or lark, versus an evening person, or owl, depends on their chronotype.

One’s chronotype, as Dr. Ikramuddin explains, is their unique genetic makeup that determines what times of day they feel most energetic. An individual’s natural circadian rhythm, or the internal clock that tells them when to wake and when to sleep, is the basis of measurement for determining their chronotype.

The average circadian cycle is slightly longer than 24 hours but varies between individuals. The longer one’s circadian cycle lasts, the later they will tend to stay up at night and sleep in during the day. Individuals with shorter circadian cycles, on the other hand, go to bed and wake up much earlier. These cycles are largely based on genetics and can be difficult to change.

A study conducted by Northwestern University found that early risers also had a significantly lower body mass index (BMI) than their counterparts. Earlier and more prolonged sunlight and a higher aptitude to exercise after waking tends to lead to better overall health in these individuals. This can also be attributed to morning people’s lower tendency to engage in substance abuse.

But late risers need not force a change in their lifestyles just yet. Research shows that functioning as a night owl has its own benefits.

A study in Learning and Individual Differences found that individuals with longer chronotypes tend to have better memories, processing speeds and cognitive abilities, while others found late risers to be more outgoing and creative.

This balance of benefits between early birds and night owls may be for the best, and individuals are encouraged to embrace their natural tendencies when possible.

“Genetic and environmental interaction determines whether someone is a morning or evening person,” Dr. Ikramuddin says. “While a change in environmental factors such as lighting, meal times and work or school schedules may influence some change in a minority of individuals, the majority will remain true to their natural tendencies.”

While it is true that much of the world functions on a morning-centric schedule, hope for night owls still remains. The popularity of flexible scheduling and working remotely continue to grow across numerous fields, and developments in technology, such as daylight lamps, can greatly aid evening types in waking up early when necessary.

Regardless of chronotype, the best way to stay productive and capitalize on your individual strengths hinges on finding a schedule and sticking to it. “There may be drawbacks if a sleep schedule is not maintained,” says Dr. Ikramuddin. “For an overall good outcome, sleep on time and keep consistent as much as possible, including weekends.”

Are you at risk for sleep apnea? Take a free, quick online assessment to learn more by clicking here.

← It’s free, easy and can improve your health
Are you handling your produce incorrectly? →