Preemies dress up to celebrate their first Halloween 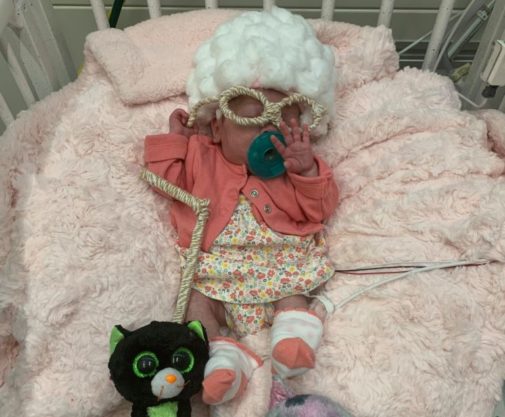 Advocate Aurora Health’s tiniest patients took part in early Halloween celebrations across Illinois and Wisconsin. Parents of the pint-sized Neonatal Intensive Care Unit (NICU) patients dressed the infants in costumes that included pumpkins, burritos and superheroes. The NICU is where the smallest and most fragile babies are cared for after birth. The participating babies ranged in age from only one day old to six months old.

The hospitals held this special event to bring a bit of normalcy to the parents during an otherwise stressful time and to help them commemorate their little one’s first Halloween.

Check out the adorable and creative costumed videos in this video:

You can also cast your vote by “liking” your favorites on Facebook:

← How often should you wash your water bottle?
When your back pain could be something more →