Home / Repurposed Story / Do adults need to worry about measles?

Do adults need to worry about measles? 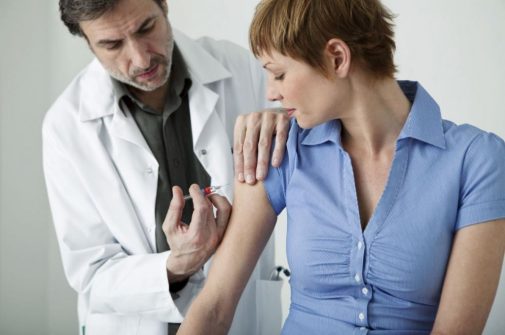 The American measles outbreak was significant in 2019, with about 1,276 cases confirmed through earlier this month, the most in the U.S. in decades, the Centers for Disease Control and Prevention reports.

Much of the response has focused on telling the public about the need to vaccinate children – and for good reason. Measles can be deadly, and getting immunized as children protects you from the disease.

But what about adults?

“Anyone, regardless of age, who has not been vaccinated or had the disease, is at risk of contracting the virus,” says Dr. Frank Belmonte, chief medical officer for Advocate Children’s Hospital. “Adults born before 1957 most likely had the disease. During the latest outbreak, most adult cases are related to travel and exposure abroad.”

Having the disease previously or being immunized means you won’t get it again. But one group of adults in particular needs to be cautious. Dr. Belmonte says immunity waned among people who received a type of the measles-mumps-rubella vaccine between 1963 and 1967.

“Those born before 1957 were certainly exposed to the measles virus and most likely had the illness due to the communicability,” he says. “For these reasons, adults born in the early 60s could consider being tested or re-vaccinated, especially if living in a community with a recent outbreak.”

Many of the measles cases in the U.S. have been in New York, but researchers recently said that the Chicago area is especially susceptible to an outbreak because of its heavily used airports. Illinois has had eight measles this year, including a recent one in Chicago. Wisconsin hasn’t had any, but state public health officials recently said there’s a high risk for an outbreak.

The best way to try to prevent one is clear.

“Vaccination is the best protection,” Dr. Belmonte says. “The more people who are vaccinated in a population, the less likely we are to see an outbreak.”

← How one patient says dieting is just like marriage
What are the pros and cons of whey protein? →