Home / Repurposed Story / Are you at risk for diabetes?

Are you at risk for diabetes? 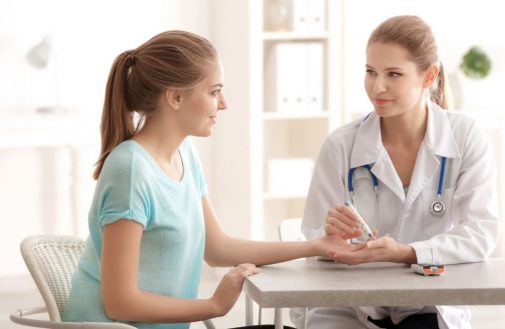 Chances are, diabetes affects you in some way, whether your friend, family member or you have it.

You’re at risk if you:

So what is diabetes?

With diabetes, a person’s blood glucose (also known as blood sugar levels) are too high. Glucose comes from the foods you eat and provides your cells with energy.

Insulin, a hormone made by the pancreas, helps glucose get into your cells. With diabetes, insulin levels fall outside the correct levels for the body. As a result, blood glucose levels in the body get too high.

Type 1 diabetes used to be called juvenile diabetes. With this form of the disease, the body doesn’t make insulin. As a result, blood glucose levels get too high.

Over time, excessive blood glucose can lead to serious problems with the nerves, eyes, gums, teeth, kidneys and/or heart problems.

Only 5% of people with diabetes have type 1. It’s usually diagnosed in children and young adults.

Controlling type 1 diabetes involves management of blood glucose and insulin. Medication may be prescribed to help. Controlling the disease also includes exercise, nutrition and support from professionals and family.

Type 2 diabetes is the more common form of the disease. With this type of the disease, the body doesn’t use its insulin efficiently. The pancreas works to make extra insulin to compensate for the inefficiency, but it’s unable to keep up with the body’s needs. Since the body isn’t using insulin effectively, the blood glucose levels go up.

As with Type 1, the extra blood glucose of type 2 diabetes can lead to serious problems with the nerves, eyes, gums, teeth, kidneys and/or heart problems.

So what can you do?

Onset of the disease can be prevented or delayed. Some recommendations include:

A third type of diabetes?

Gestational diabetes is another type of diabetes which occurs during pregnancy — usually around the 24th week. It appears to occur in about 9% of pregnancies. It usually goes away after birth, but having gestational diabetes may increase your chances of developing type 2 diabetes later on.

Gestational diabetes begins when the mother’s body is no longer able to make and use all the insulin it needs during pregnancy.

The trigger for gestational diabetes may be related to the placenta, which supports the baby as it grows. The placenta makes hormones for the baby. But these hormones may also block the action of the mother’s insulin. Because gestational diabetes affects both baby and mother, professional guidance in treatment of the condition is important for a healthy baby and mother.

Want to learn more about your risk for diabetes? Take a free online quiz.

Theresa Glasgow is a registered dietitian and the manager of food and nutrition Aurora Lakeland Medical Center.

Theresa Glasgow, RD, is is a registered dietitian and the manager of food and nutrition Aurora Lakeland Medical Center.