Health care heroes: ‘Reminds me why I became a nurse’ 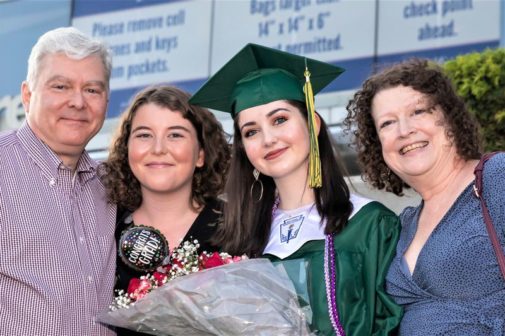 Good things happen to good people. That’s what Lisa Thomas firmly believes and why the intensive care unit registered nurse is humbled to have played a role in the recovery of a couple who battled COVID-19 and its complications for months.

“To have such a positive outcome warms my heart and reminds me why I became a nurse – and why I keep doing what I do,” said Thomas, a nurse at Advocate Condell Medical Center in Libertyville.

Thomas spent several weeks caring for Nancy Frohman and David Boden, a couple hospitalized in March. Their daughters, Mariel Boden, then a senior in college, and Alexa Boden, then a freshman in college, returned home to suburban Chicago early in the coronavirus pandemic. Shortly thereafter, their parents grew ill with what they initially thought was the flu, seasonal allergies or a sinus infection.

“It came on really quickly,” Frohman said. “Our girls were home from college and went from being college students to managing the house, our health care, all the finances – everything.”

Medical social worker Amy Case worked alongside the young women as they navigated through the family’s health care crisis, helping them as their parents prepared to be discharged to long-term care facilities, for example.

Case also arranged virtual visits so the daughters could connect with their parents on a hospital iPad while in-person visits were restricted to stem the spread of the pandemic. It was heartwarming to watch Mariel and Alexa sign off calls with their dad, a huge Star Trek fan, by making the “live long and prosper” hand signal.

“We did what we could do to make them feel like they were here at the bedside,” Case said.

Boden had a stroke while in the hospital and also suffered a collapsed lung and sepsis. Both Boden and Frohman used ventilators to breathe and eventually were discharged from Condell to long-term rehabilitation facilities.

Boden stayed at two different long-term care facilities, where he learned to walk again. He still relies upon a cane to get around. Now home in Vernon Hills, the couple is grateful for the care they received even though they don’t remember much about their hospitalizations.

“We almost died. They kept us from dying,” Boden said. “We really appreciate the team members at Condell.”

Dr. Stephen Amesbury, medical director of Condell’s intensive care unit, is one of the physicians who cared for the couple. He called it “very gratifying” to know they continue to make progress.

“It took a lot of work from the nurses, the doctors, the patient care techs, the respiratory therapists,” Amesbury said. “Those are the people who were in and out of their rooms every day, putting themselves at risk. They did a good job and, fortunately, (the patients) had good outcomes.”

← Is your liver healthy?
Is pumpkin spice good for you? →