Five million people in the U.S. have this long-lasting stomach disease 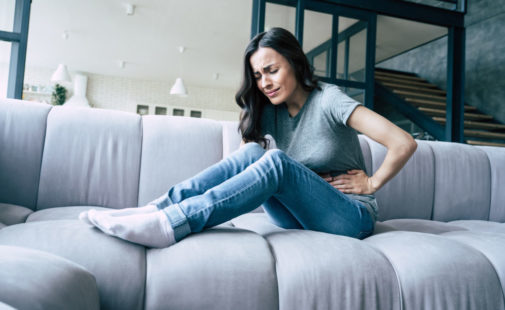 If you’re experiencing nausea, acid reflux, pain in the upper abdomen, weight loss and bloating, you may have gastroparesis.

This disease affects the stomach muscles and prevents proper stomach emptying. The underlying cause isn’t always clear and it can happen to anyone, experts say. Gastroparesis is also known as ‘delayed gastric emptying,’ and doctors say it’s important to get in contact with primary care if symptoms continue. The month of August marks Gastroparesis Awareness Month, and the NIH National Institute of Diabetes and Digestive and Kidney Diseases says up to five million people have this condition in the U.S.

“If it’s just an intermittent discomfort, it could be what you’ve eaten or indigestion,” says Dr. Daniel McKenna, general surgeon at Aurora BayCare Medical Center in Green Bay. “But when symptoms are persisting, it’s best to contact your primary care provider and they can refer you to a gastroenterologist.”

Dr. McKenna says it’s not uncommon for diabetes to cause gastroparesis. The American Gastroenterological Association says more than one out of three people with type 1 or 2 diabetes end up with Gastroparesis.

“Sometimes people get a viral infection that causes either an autoimmune response or inflammatory response that interrupts the nerve conduction to the stomach and stops emptying,” he said. “We’ve had a handful of people who have COVID-19 remotely, whether that was sometime in the last six months to a year who have come in now with nausea, vomiting and fairly substantial delays in their gastric emptying.”

Dr. McKenna says for the most part gastroparesis is a lifelong condition, but Aurora BayCare Medical Center offers treatment options that help manage symptoms. He says changing diet, medicine and surgery are some effective ways to treat gastroparesis, but what’s best for each patient differs based on their health history.

A surgery offered at Aurora BayCare Medical Center is Enterra Therapy, a device that stimulates the stomach muscles. Dr. McKenna has done Enterra surgeries for more than 15 years for the treatment of gastroparesis.

“It’s essentially like a deep brain stimulator being placed in the stomach wall to help shut off that central vomiting center,” he says. “So interestingly, people will often not have the nausea and vomiting that they had.”

As a final reminder for Gastroparesis Awareness Month, Dr. McKenna says people who consistently suffer from nausea, vomiting, uncontrolled acid reflux, bloating and upper abdominal comfort should try and get evaluated by a gastroenterologist.

← Should you consider sleep aids?
How to fight allergies, flu and COVID-19 this fall →