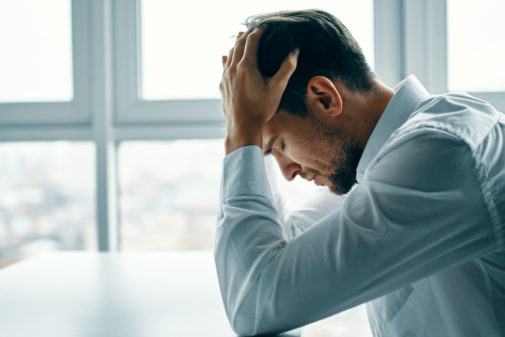 Over time, the hit TV show Ted Lasso strips away the wholesome, biscuit-baking, tea-hating veneer of its main character to reveal the more complex coach inside.

That includes revealing that Ted sometimes suffers panic attacks, whether it be during karaoke or under stress of a big soccer match.

“Panic attacks are often triggered by stressful events. They are also triggered by certain situations, such as being in crowded places or walking down a busy street,” says Dr. Munther Barakat, director of behavioral health therapy at Aurora Psychiatric Hospital in Wauwatosa, WI.

The show has helped highlight the common mental health issue, which can happen to anyone, even a pun-loving, upbeat person you might not expect. You even can be predisposed to have them based on your genetics.

“Panic attacks are a form of an anxiety disorder,” Dr. Barakat says. “There may be a genetic predisposition to anxiety disorder as many who have experienced panic attacks have family members with anxiety or depression.  There is also some evidence suggesting biological malfunction as a contributing factor to panic attacks.”

So how do you know you’re having one? They can be scary, because the symptoms can resemble more urgent physical problems like a heart attack. Here’s how the National Institute of Mental Health describes the symptoms:

And the fear that comes with suffering a panic attack can intensify it, creating a cycle that can be difficult to deal with.

“When someone experiences a panic attack it escalates due to the workings of both physical and psychological variables,” Dr. Barakat says. “For example, your heart begins to race and you think: ‘Something is terribly wrong.’ That feeling ultimately escalates the panic attack symptoms. People with chronic panic attacks become more sensitive to normal physiological experiences.”

So if you suffer from them, don’t be a goldfish and just try to forget about it. Ask a doctor for help. Don’t let any outdated stigmas around seeking help get in your way. Be curious, not judgmental. And if someone you love is suffering panic attacks, be supportive and offer to talk. Maybe don’t tell the tabloid press about it.