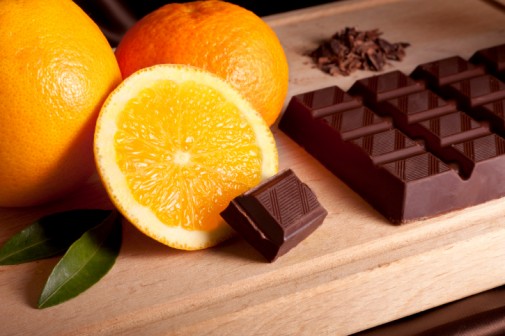 Chocolate is about to get even better, if that’s possible. A new technology would infuse chocolate with fruit juice, vitamin C water or diet soda, lowering the fat by 50 percent, according to research shared at this week’s meeting of the American Chemical Society.

Although chocolate, particularly the dark variety, offers cancer-fighting agents such as antioxidants, its high fat and sugar content lessens these benefits, lead researcher Stefan Bon said in a statement.

A 2-oz. serving size of premium dark chocolate may contain 13 grams of fat, which is 20 percent of the total daily fat recommended for a 2,000-calorie per day diet, according to 2010 Dietary Guidelines for Americans.

Replacing sugar with fruit juice or soda reduces the overall sugar content, Bon’s research found. Bon’s team, from the University of Warwick in the United Kingdom, worked with three varieties of chocolate: white, milk and dark and infused them with apple, orange and cranberry juice.

The fruit juice takes the form of microbubbles that help with so-called mouth-feel or that yummy, velvety taste.

So how does fruit juice taste vs. sugar? “Since the juice is spread out in the chocolate,” Bon explained, “It doesn’t overpower the taste of the chocolate.”

The hope is that more manufacturers will embrace this technology providing chocolate lovers the world wide over with greater health benefits.

“We have established the chemistry that’s a starting point for healthier chocolate confectionary,” says Bon.

“This approach maintains the things that make chocolate ‘chocolatey,’ but with fruit juice instead of fat. Now we’re hoping the food industry will take the next steps and use the technology to make tasty, lower-fat chocolate bars and other candy,” added Bon.