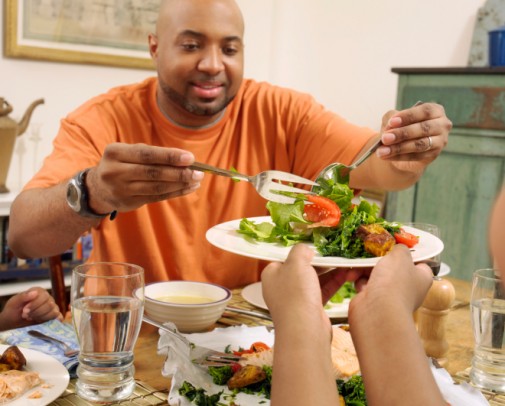 Young, picky eaters can make mealtime difficult for parents. As a result, parents ultimately give up and give in, which can mean that the picky eater dines on different foods than the rest of the family, research says.

Study results published in a late April paper from the University of Edinburgh indicate that this approach may affect children’s diets.

The research found that children who rarely or never eat the same food as their parents compared to those who do are far more likely to have healthier diets.

“Offering separate ‘children’s food’ for a main meal may often result in children missing out nutritionally,” said Valeria Skafida, author of the paper and research fellow at the university, in a statement.

The study examined different aspects of family meals of 2,000 5-year-olds, and the aspect that had the biggest impact was whether children ate the same food as their parents.

“It is likely that in cases where children eat different foods, they are eating a less nutritious option. This is already known to be the case with kid’s menus in restaurants, so children are best off eating the same foods as their parents,” added Skafida.

Other meal habits had less of an impact. Some other meal aspects and habits that were studied included:

All of these, the study found, were weakly associated with poorer diets.

The paper called for government guidelines to be kept simple. It also explained that some targets, like the amount of salt intake for a 3-year-old, for example, put unrealistic and impractical expectations on parents when monitoring nutrition.

In light of the finds, the paper also called for parents to pay more attention on establishing good eating habits in their children’s early years.