Home / Fitness & Wellness / Are you one of the 80 percent of Americans who don’t get enough exercise?

Are you one of the 80 percent of Americans who don’t get enough exercise? 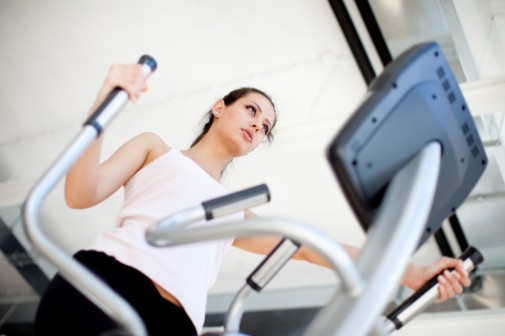 The good news is that just over half of all Americans are doing aerobic workouts. But according to a new study, they should also be working on strength training to have the best fitness routine.

According to a new report published in the May 3 issue of the Centers for Disease Control and Prevention’s (CDC) publication, the Morbidity and Mortality Weekly Report, only 20 percent of US adults are getting the recommended amounts of both muscle-strengthening and aerobic exercise.

Within their comparative groups, lower proportions of women, Hispanics, and older adults met the aerobic and muscle-strengthening guidelines.

Not all about Fat

But, in addition to putting on extra pounds, there are other serious implications to not exercising.

For example, increased exercise can help limit the risk of heart disease and diabetes, among other diseases, according to Ed Bendoraitis, an exercise physiologist at Good Samaritan Health and Wellness Center.

What can you do?

For those who want to exercise more, making it part of a daily routine can help, says Bendoraitis.

Even so, amongst the hustle and bustle of daily life, finding time to exercise can be difficult. Therefore, Bendoraitis recommends group classes because friends can keep each other motivated to find time to exercise.

“Anytime someone’s trying to get into exercise mode, it’s good to make it part of your daily routine or do group exercise classes,” said Bendoraitis. “Find things you like to do so that when you do it, it’s also enjoyable.”