Can eating less salt save a half-million lives? 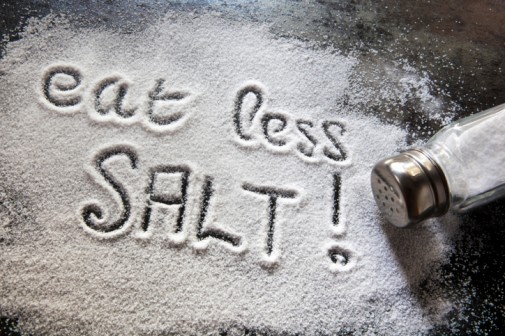 Americans love their salt, but those little sodium chloride crystals can be a silent killer, cardiologists say. And if we all cut back, even gradually, 280,000 to 500,000 less people would die from heart attack and stroke over the next 10 years, says the American Heart Association (AHA) in a recent study.

The AHA says Americans consume nearly twice the recommended levels of salt per day. Overloading on salt can lead to high blood pressure, which increases the odds of stroke, heart attack and other cardiovascular problems. Heart disease is the leading cause of death in the United States, and almost half of those deaths are linked to high blood pressure.

Using computer models, scientists measured the positive health benefits of reducing salt intake by just 5 percent of a teaspoon of salt per person per day. If the pattern was followed for 10 years, the reduction would amount to 40 percent of the daily intake. That decrease could help avoid a crippling stroke or a fatal heart attack.

“These findings strengthen our understanding that sodium reduction is beneficial to people at all ages,” said the study’s leader, Pamela Coxson, in a statement. “Even small, gradual reductions in sodium intake would result in substantial mortality benefits across the population.”

But cutting back on salt isn’t easy to do as the substance finds its way into the majority of the food items Americans consume. It’s not just a matter of putting down the salt shaker.

The AHA has urged the Food and Drug Administration to put limitations on the amount of salt contained in food. Your primary care physician or nutrition expert can suggest strategies to reduce overall salt intake.