Why men should move 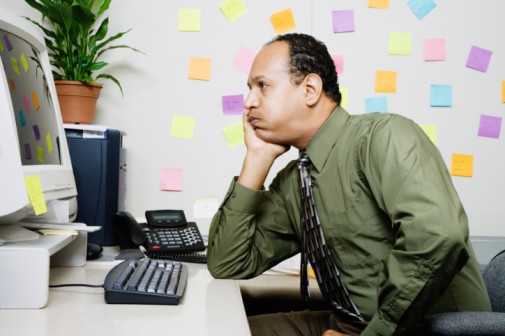 If you’re a middle aged man stuck at your desk all day, you might want to get up and take a walk right now.

A recent study of over 60,000 men in Australia has shown a connection between sitting for long periods of time and increased risk of chronic disease such as diabetes, heart disease and even cancer.

The study published in the International Journal of Behavioral Nutrition and Physical Activity found that men who sat for eight hours a day or longer were at the greatest risk for chronic disease. It also found that “sitting time was significantly associated with cancer,” citing that participants in the study who sat for six to more than eight hours a day were more likely to report having had cancer.

Even when factoring in whether or not men get physical activity at some point during a day, the study concluded that “Independent of physical activity, BMI, and additional covariates, sitting time was significantly associated with diabetes and overall chronic disease in this sample of Australian males.” The study also suggested that in addition to promoting the benefits of physical activity, it’s also important to reduce the amount of time that men stay seated in a given day.

Another study published in a recent issue of  the American Journal of Health Promotion, found that staying active and moving as much as possible can improve blood pressure, high cholesterol and a host of other risk factors that can lead to heart disease, Type 2 diabetes and stroke.

In fact, the study suggests that doing several short stints of exercise can actually help you meet the federal physical activity guidelines of 30 minutes a day. Forty three percent of adults who participated in the study met this threshold. One of the study’s lead authors said he hopes the data encourages people to cut out sedentary habits and get moving. For example, instead of sitting and chatting, try walking around while talking. Instead of parking close to your office door, park your car farther away and enjoy a brisk walk to the office instead.

← Can pregnancy after 30 have health benefits?
Can eating less salt save a half-million lives? →