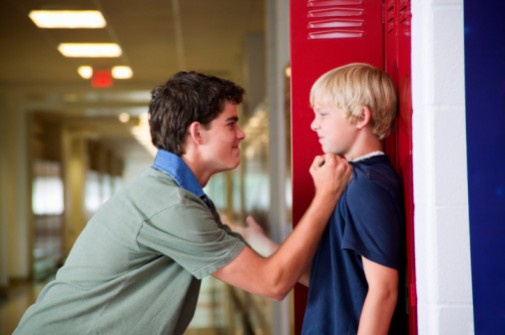 New research says that adult criminals were likely to also be teen bullies.

Study authors examined data on more than 400 men over the course of decades in one of the largest and longest studies on bullying.

Researchers from the University of Texas at Dallas found that adults who say they bullied others when they were adolescents have a higher likelihood of engaging in criminal behavior later in life.

“This is important because it helps us gauge whether bullying is a risk factor for determining continued adverse behavior well into late-middle adulthood,” said Dr. Nadine Connell, co-author of the study in a news release.

Men, now in middle age, who had grown up with similar backgrounds in Britain, were compared. Most came from working class, two-parent families, researchers said.

Nearly half of the teen bullies grew up to participate in lawless activities including theft, burglary and assault, the study showed. The data also showed the men more likely to be repeat offenders.

According to the most recent statistics from Centers for Disease Control and Prevention (CDC), 20 percent of high school students reported being bullied on school property in 2011. The CDC says bullying can result in physical injury, social and emotional distress, and even death. Victims are at increased risk for depression, anxiety, sleep difficulties, and poor school adjustment.

“From a policy perspective, if we can address some of these risk factors early and identify children who are at risk of bullying, we can ameliorate adverse outcomes that may occur much later in life,” the report said.