Home / Parenting / Are you washing your hands correctly?

Are you washing your hands correctly? 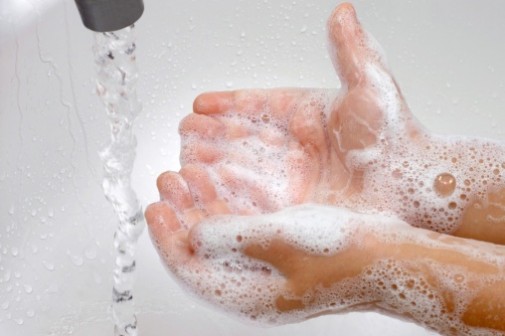 Did you know? One study found that 95 percent of people do not adequately wash their hands.

Researchers at Michigan State University found that only 5 percent of people they observed spent long enough washing their hands to kill harmful bacteria. Additionally, the team found that only two thirds of people use soap and one in every 10 skips the sink completely.

In fact, according to the study, the average bathroom user washed their hands for only 6 seconds. The U.S. Centers for Disease Control and Prevention, however, recommends that people wash their hands for 15 to 20 seconds. Only five percent of those observed met the CDC recommendation.

The study observed 3,749 people in restrooms located in bars, restaurants and other public places near Michigan State University. Among men, only half used soap and 15 percent didn’t wash their hands at all. Women were slightly more sanitary, using soap 78 percent of the time and washing their hands 93 percent of the time.

Donna Currie, the director of clinical outcomes at Advocate Health Care in Downers Grove, Ill., said that the results were not surprising.

She noted that people should wash their hands frequently, including before and after preparing food, before eating, after using the toilet, after blowing your nose, after coming in contact with sick people and after interacting with animals.

In order to effectively kill germs, Currie recommends using soap and water. She said that the washer should use a constant stream of water and a moderate lather of soap for approximately 20 seconds, cleaning between the fingers and around the nails as well.

If soap is not available, a gel alternative with at least 60 percent alcohol content will kill most but not all germs.

The study also found that people were more likely to wash their hands if there was a sign in the bathroom encouraging them to do so.

“Hand washing compliance and practices…fall short of the ideal,” write the authors in the study. “The public needs to be continuously encouraged to engage in proper hand washing practices.”

“Right now in the community, bacteria is spread very quickly,” said Currie. “Washing our hands is the number one way to prevent the spread of bacteria.”