Are parents the best fitness role models for kids? 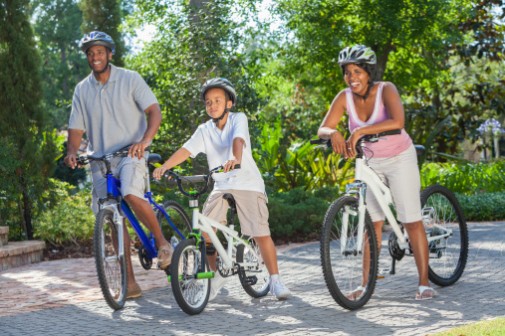 A new study in the Journal of Adolescent Health suggests that parents may not always be the best fitness role models for their teenagers.

In fact, research shows that teens don’t always take fitness cues from their parents. Researchers found that parents considered in the “normal weight range” had kids that were more fit— while teens with really physically fit parents weren’t always physically fit themselves.

Lead study author, Eliane Peterhans, said in a statement, “It is very important to understand how adolescents behave because then you have a chance to correct unhealthy behaviors.”

The study included 1,328 teens in Germany, where researchers looked at families and their levels of fitness related to their cardiac health and healthy habits.

Researchers noted that the entire family environment matters when it comes to a child’s overall health and fitness. They discovered that parents who have normal healthy weights, good cardiac health and overall healthy lifestyles had kids who showed the same results. They concluded that the findings were a result of these families living a holistic healthy lifestyle together.

Looking at physically fit parents who did not have an effect on their kid’s fitness habits, researchers concluded that their kids didn’t necessarily look to their parents as fitness role models.

The difference, researchers say is that parent study participants who were at normal body weight showcased strong healthy behaviors such as exercising at the gym and taking time to enjoy other healthy activities like bike riding had a bigger influence on their kids. It’s important to note that they found that this association was stronger for teen boys than girls.

While the researchers say they need to do more research on teen girls, they do believe that in general their findings show that just because you may be a really fit parent, it doesn’t mean that will impact or influence your teen’s health habits.