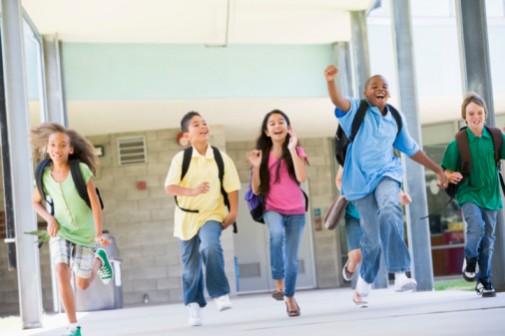 When we think of what schools provide children, we instantly think of education, the formal kind that takes place in classrooms. But a new study finds that schools may play a pivotal role in helping kids lead healthier lives in general. Schools that put in place coordinated school health programs saw increases in physical activity, which benefits kids’ health overall.

The findings, published in the journal Preventive Medicine online in July, were based on 1,100 students from eight Southern Indiana elementary and middle schools. Students were more likely to increase their physical activity level when they attended schools with a HEROES program in place. The HEROES program, which stands for Healthy, Energetic, Ready, Outstanding, Enthusiastic Schools, was designed in response to the Centers for Disease Control and Prevention’s (CDC) efforts to enhance schoolwide wellness through changes in physical education, nutrition, health promotion efforts for school staff and family, and community involvement.

“With support from teachers, administrators and parents, our schools can become healthier places,” said Mindy Hightower King in a statement. “Despite budget cuts and increasing emphasis on academic skills, schools are choosing to focus on improving student health, which ultimately can support improved academic performance,” added Hightower, evaluation manager at the Indiana Institute on Disability and Community at Indiana University in Bloomington.

Health benefits associated with regular physical activity include protection against heart disease, Type 2 diabetes and various cancers. Schools are being sought out as a vehicle for addressing childhood obesity and physical activity because students spend so much time at school during the year.

The study reveals, however, that few physical activity programs have been effective at helping students make long-term changes.

Efforts by the schools in the study were made by implementing before- and after-school walking programs, classroom activity breaks that included physical activity and club sports. King noted that all staff members in the physical education departments of the participating schools were trained in a curriculum that emphasizes movement and physical activity over sport-specific skills.

HEROES and similar programs do not require grant funding to be fully implemented and many helpful resources are available online, explained King. “All it really requires is dedicated staff members to lead the effort,” she said.

HEROES is in place in Southern Indiana, Northwestern Kentucky and Southeastern Illinois.

← Cheerleaders with concussions may downplay their injuries
Is big city living a bad idea for new mothers? →