Home / Diet & Nutrition / Is maintaining current weight better than trying to lose it?

Is maintaining current weight better than trying to lose it? 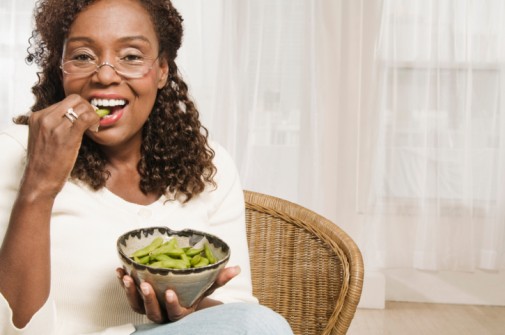 A Duke University study reports that for black women to avoid obesity, their best approach could be to maintain their current weight rather than trying to lose it.

Researchers followed 194 women, ages 25-44, comparing their weight changes and risks for serious health conditions like diabetes, heart disease and stroke over a 12 and 18 month period.

They separated the group into two sets of 97. The first group was given a specialized program that provided them individualized attention regarding their diet, physical activity and progress. The second group went on with their normal efforts at losing weight. The study was published in a recent issue of the journal JAMA Internal Medicine.

After a 12-month period, participants in the second group who were determined to lose weight actually continued to gain weight, while 62 percent of the first group maintained or lost weight during the trial period. Six months later, the first group was still maintaining their weight at a higher percentage than the normal care group.

Study leader Gary Bennett explained their approach. “We simply asked our patients to maintain their weight,” he said. “By maintaining their current weight, these patients can reduce their likelihood of experiencing health problems later on in life.

Researchers say that the goal to not gain weight is a less extreme, more attainable and self-satisfying approach.

Funding for the study was provided by the National Institute for Diabetes and Digestive and Kidney Diseases (NIDDK).

NIDDK reports that between the ages of 40 and 59, black women have a higher occurrence of moderate obesity and three times the rate of obesity than white women.

Researchers believe that if black women can avoid moving into the obesity spectrum, they can help prevent or reduce their risk of developing serious health problems including: high blood pressure, heart disease, diabetes and even some cancers.

“We could reduce these health risks if women simply maintained their current weight,” Bennett said. “Fortunately, it’s much easier to maintain weight than it is to lose it. We think this ‘maintain, don’t gain’ approach can help some women reduce their risk of obesity-related chronic disease.”

← Fighting obesity with a prescription for fruits and veggies?
Your unborn baby may hear more than you think →