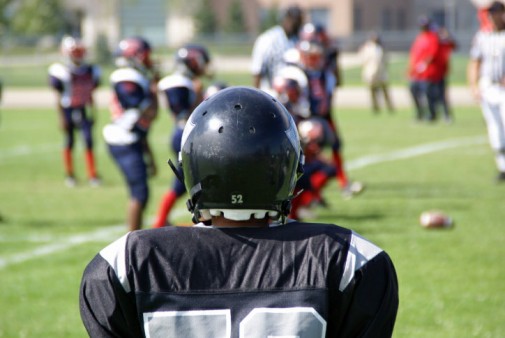 With the spotlight on traumatic brain injuries among pro football players, a recently developed app promises to quickly evaluate whether a player has received a concussion during the game. This will give coaches the option of pulling that player from the field, possibly saving him from making the injury worse.

Administered by clinical concussion experts on the sidelines, the iPad app takes just six to eight minutes to test balance, vision, memory and other signs of concussions after a big hit. The results will be compared to the measurements taken from the players during the preseason. The tool was piloted this year and will be used throughout the current NFL season.

Another software, recently introduced by Microsoft and the company eClinical, will allow the program to link directly to a players electronic medical record (EMR). This health data can be accessed at home games, on the road, transferred to a treating physician for further review and also be taken with them if they move to another team.  Microsoft says this software gives the NFL the premiere universal tool that all teams can use and link the data together to produce trends across the league.

Some may think a concussion is no big deal and will heal on its own. The recent multi-million dollar settlement for NFL players who have experienced a concussion hopes to also encourage safety at all football levels for players. Doctors say any head injury, no matter the age, has the potential to lead to a host of other conditions including memory loss, chronic headaches and problems with balance.

“Concussions are a mild traumatic brain injury. Even though it’s a “mild” injury, whenever you injure your brain, there are long-term, more serious consequences that could occur,” says Dr. Ketan R. Mody, sports medicine specialist at Advocate Good Samaritan Hospital in Downers Grove.

Mody says that if you experience nausea, confusion, drowsiness or see flashing lights after a hit to the head, you should seek medical attention sooner rather than later.

“No matter if you are an NFL player or playing a pick-up flag football game with friends, concussions should always be taken seriously,” adds Dr. Mody.