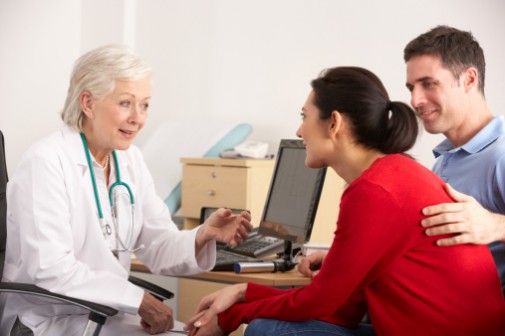 A new device recently approved by the Food and Drug Administration, may help couples achieve their dream to become parents without expensive fertility treatments.

The new DuoFertility monitor costs about $800 and claims to help women pinpoint exactly when they are the most fertile. Some industry experts say it’s sort of like having a personal trainer for the bedroom.

The tool takes the guesswork out for women by detecting when their body temperature is just right, which is considered key for conception.

How DuoFertility works?
Women attach a patch with a digital sensor under their arm where it monitors body temperature up to 20,000 times a day.

After a few days, they simply upload their personal information onto a computer and then send it to a team at the University of Cambridge, where the device was developed. There, fertility experts will chart the data and email detailed assessments of a woman’s fertility pattern including the exact days she should try to conceive. They will also tell women if they see anything unusual in their cycle that they may want to consult with their physician about.

Even though studies show the device has a success rate equal to that of fertility treatments, experts warn it’s not for all couples.

Doctors say if a woman has blocked fallopian tubes or other medial issues such as endometriosis or severe fibroids, the device may not be the best option. The tool also doesn’t detect whether there may be an underlying medical condition with a male mate.

Cambridge Temperature Concepts, the company behind DuoFertility says more than 1,000 couples who have used the device have successfully become pregnant since its release in England in 2009.