Home / Stories of the Girls / 4 most ignored facts about HPV

4 most ignored facts about HPV 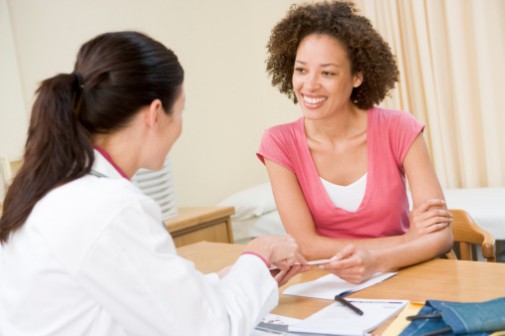 Cervical cancer is unique among other types of cancer. It’s not necessarily tied to your age or smoking status. Your family history isn’t always relevant, either. That’s because nearly all cervical cancers stem from a genital virus known as the human papilloma virus, or HPV, according to the U.S. Centers for Disease Control (CDC).

HPV spreads easily through sexual contact and not just intercourse. It doesn’t matter if penetration occurs or fluids are exchanged — contact with an infected person can be enough.

The numbers are staggering: About 79 million people currently have some strain of HPV. “HPV is so common that nearly all sexually-active men and women will get at least one type of HPV at some point in their lives,” reports the CDC. And because the virus often has no symptoms, most infected people don’t know they have it.

There are at least 30 different strains, according to the American College of Obstetricians and Gynecologists (ACOG). The virus enters the cells that cover the cervical lining, causing them to grow abnormally.

Because the virus is so contagious, it’s important to know the truth about risk and prevention. Here are four little-known facts about HPV you should know:

1) Men can get HPV, too
HPV doesn’t only cause cervical cancer. The CDC estimates that the virus may be responsible for:

Because the virus often has no symptoms and there is no way to test for the virus in men, guys can easily spread the virus to sexual partners.

2) HPV does not always lead to cancer
Ninety percent of people who contract HPV will get a strain that will go away on its own within two years, says the CDC. That’s because their immune systems will fight off the virus. Other strains can lead to genital warts or a condition known as cervical dysplasia. This condition causes abnormal cells to grow on the cervix and could jeopardize future pregnancies.

3) HPV is about prevention
Having more sexual partners increases the chances of contracting or spreading the virus. In addition to limiting new sexual partners, the U.S. Food and Drug Administration has approved HPV vaccination for girls and boys, starting at age 11. The CDC recommendation is that the HPV vaccination be given each year until age 26 for girls and until age 21 for boys.

The vaccine is given in three shots over six months. Like any vaccine, the purpose is to make sure the immune system can adequately recognize and fight off the virus if the person is ever exposed.

4) Yes, women should get pap smears — but not all women and not every year
HPV is the primary reason women are advised to get annual pap screenings. They detect strains of HPV that are present in the cervix, allowing for early treatment if the cells have become cancerous.

Women over age 21 should have a pap smear every three years until they turn 65, according to HPV screening recommendations from the American College of Obstetricians and Gynecologists and the U.S. Preventive Task Force.

← Dangers of drugged driving
Is a no-chip manicure bad for your health? →