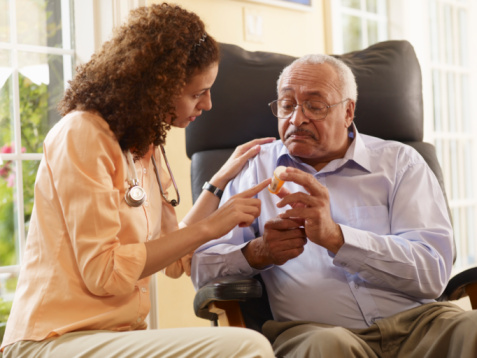 Black and Hispanic senior citizens are at a greater risk for post-surgery complications than their white counterparts, according to new research. Preexisting medical conditions appear to play a role, study leaders say.

The study done at the University of Pennsylvania School of Nursing, focused on discharge data along with results from the 2010 U.S. Census. Researchers examined 13 common complications among nearly 600,000 white, black and Hispanic patients who were at least 65 years or older. The typical operations included orthopedic, vascular or general surgeries that took place in 600 different hospitals.

The racial disparities among post-op complications were clear with black patients were nearly three times more likely than whites to experience problems. Additionally, Hispanics were twice as likely to have complications. The report was published in the Journal of the American Geriatrics Society.

“The risk of developing a post-operative complication may be attributed to a number of factors. Most pronounced, however, was the effect of pre-existing medical conditions,” said study leader Dr. J. Margo Brooks Carthon in a news release.

Researchers found that minority patients often arrive at the operating room in an already more vulnerable position than others.

Investigators hope the findings raise awareness about the need to make surgery safer for those older minority patients who come to the operating room already in a sicker state than white patients.

← Is a no-chip manicure bad for your health?
One-third of women worldwide report partner abuse →