Protein shakes for moms in labor? 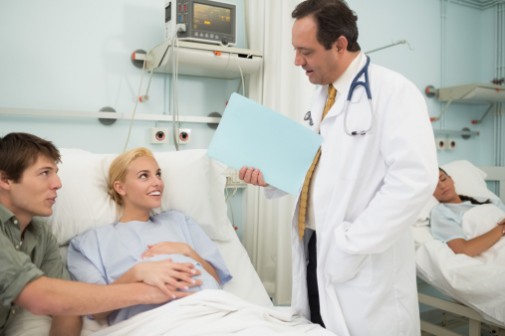 Bodybuilders aren’t the only people who should be drinking protein shakes, researchers say.

Women in labor might benefit from consuming a protein shake rather than being restricted to the usual ice chips and water, according to a new study presented at the Anesthesiology 2013 Annual Meeting.

Researchers recruited 150 pregnant women and divided them into two groups. The first group was allowed only ice chips and water during childbirth, while the second group received a 325 mL protein shake in addition to ice chips and water.

They found that the women who drank protein shakes during early labor reported higher satisfaction throughout the delivery process compared to the women who only consumed ice chips and water.

The study however revealed no significant difference in rates of nausea and vomiting between the two groups. Additionally, both groups fared comparably with stomach emptying rates – 26 minutes in the high protein group versus 20 minutes for the ice chips and water group.

“This study suggests that more liberal general guidelines regarding what a mother can eat and drink during labor should be considered,” said lead study author Dr. Manuel C. Vallejo, in a news release. “Doctors should feel comfortable, at least, replacing ice chips and water with high protein shakes to increase patient satisfaction.”

Why the eating ban in the first place? Restrictions on eating and drinking during childbirth began many years ago as an attempt to avoid aspiration when women often gave birth under general anesthesia, says Dr. Robert Rosenberg, medical director of obstetrics and gynecology at Advocate Condell Medical Center in Libertyville, Ill.

“Though it’s rare for anesthesia to be used now, the American College of Obstetricians and Gynecologists still only recommends small amounts of clear liquid for laboring women” said Dr. Rosenberg. “Before a woman eats or drinks anything during childbirth, she should talk with her doctor.”

The researchers agree, stating that though drinking a protein shake should be safe for most healthy mothers, laboring women should consult with their physicians first.

← Gunshots leading cause of death among kids
Life after cancer →