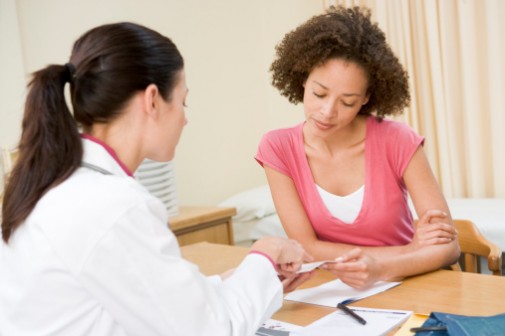 Doctors have known for years that black women are more likely to die of breast cancer than white women, and a study released this week reveals another reason why: Black women are sicker to begin with.

Data on 5-year survival rates revealed that black women have fewer screenings, have more advanced disease when their cancer is found, and are more likely to have other health conditions that impact treatment and outcomes, according to the study, conducted by Dr. Jeffrey H. Silber, of the Children’s Hospital of Philadelphia, and colleagues. It was published this week in the Journal of the American Medical Association.

But perhaps more telling, Silber said, is the finding that black women were 8 percent less likely to have had at least one primary care visit during the study period, and were about 12 percent less likely to be screened for breast cancer. They also had significantly lower rates of colon cancer and cholesterol screening.

“It’s a primary care problem,” Silber said in published reports. “By the time blacks (visit a doctor), they’re so sick that treatment isn’t changing the outcomes.”

“We need to continue to educate women on who should get screened, and when, and make sure that adequate resources are available. Prevention and early detection are the best way to beat this disease,” she said.

According to the American Cancer Society, women should have annual yearly clinical breast exams starting at age 20, and annual mammograms starting at age 40. Women with a family or personal history of breast cancer might be advised to begin screenings earlier than 40.