Home / Dermatology / Smoking can add years to your face

Smoking can add years to your face 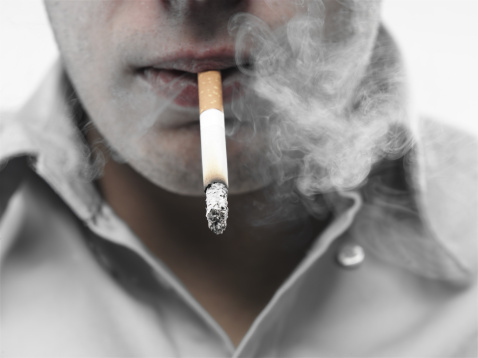 If the risk of heart disease, lung cancer or stroke isn’t enough to get people to quit smoking, perhaps new research about smoking’s effects on the skin will. In a new study of twins, researchers discovered substantial differences in facial aging between twins with as little as five years’ difference in smoking history.

The researchers identified 79 pairs of identical twins who differed by smoking history at the annual Twin Days Festival, held in Twinsburg, Ohio. In each pair, either one twin smoked and the other did not, or one twin smoked at least five years longer. Fifty-seven of the pairs studied were women whose average age was 48.

A photographer then shot close-ups of each twin’s face, and answered a questionnaire about their health history. Without any knowledge of the twins’ smoking history, plastic surgeons then analyzed the twins’ facial features, including grading of wrinkles and age-related facial features.

Researchers analyzed the data and found that scores on several measures of facial aging were significantly worse for the smokers. The smokers showed sagging of the upper eyelids, as well as more bags of the lower eyelids and under the eyes. Twins who smoked also had higher scores for facial wrinkles, including more pronounced lines between the nose and mouth, wrinkling of the upper and lower lips and sagging jowls.

These new findings add to a litany of adverse health problems that smoking causes, according to Dr. Adam Posner, a pulmonologist with Advocate Condell Medical Center in Libertyville, Ill. “Smoking is just about the worst thing you can do to your body. It damages your lungs, heart and vascular system, and also, apparently, your skin.”

The Centers for Disease Control and Prevention (CDC) offers five quick tips for quitting smoking, along with many other resources that smokers can access to get help quitting.

← Can Facebook predict your relationship’s health?
What to expect during your first mammogram →