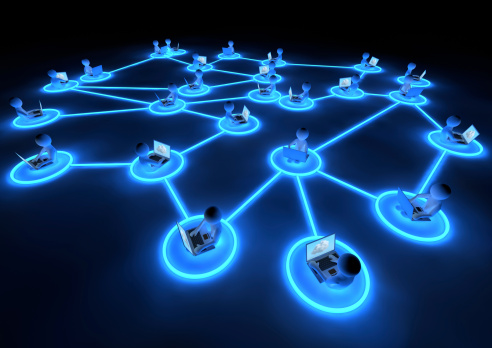 Can your Facebook friends tell you more than you think about your real-life friendships? And can it show how strong your relationship with your significant other is?

A recent study from Cornell University looked to find the answers. Researchers found that just by looking at the social network of a person’s profile and how many mutual friends they have in common along with other connections beyond that, they could actually determine who the significant other is and where strong ties lie.

They analyzed more than 1.3 million profiles of people age 20 and up, who have a wide-range of friends on the social network site, tracking them every two months for two years. The common denominator between the profiles is that their status showed they were either “In a Relationship” or “Married.”

Researchers used a variety of techniques to determine relationship connections on Facebook and found that by looking at a person’s network beyond the initial mutual friends can show much more and even the fate of a relationship.

The study finds that the friends we have on Facebook can show the strong ties with people in everyday life, including social support and professional opportunities. And they show that these relationships continue to grow and reflect on one’s personal life.

Just by looking at the network of friends, researchers were able to determine where the strongest ties are and with who. This can depend on how many mutual friends are family, friends, co-workers and even acquaintances. They viewed the connections as a whole by viewing mutual friends, but then examined the entire network “neighborhood” to see how those mutual friends connected.

Researchers were able to determine which Facebook users were in a relationship 60 percent of the time due to their heavy connections in their network. While those who did not have high connection rates beyond mutual friends were found to be more likely to break-up.

“A spouse or romantic partner is a bridge between a person’s different social worlds,” said one of the study’s lead authors, said in a statement.

With more mutual friends, researchers find that the ties between friendships are important to a romantic relationship. Their results show that these shared connections can actually make for a stronger bond in the relationship.

Researchers note that these friendship ties show that not only do they stretch far and wide for romantic relationships but also for family members as well. These relationships create a diverse, shared set of friends much bigger than we think as just a social network site.

They concluded that our friendship circles on Facebook can unfold fundamental parts of one’s life just by looking at it from another view.

← Snapshots of healing
Smoking can add years to your face →