Home / Men's health / Are you at risk for deep vein thrombosis?

Are you at risk for deep vein thrombosis? 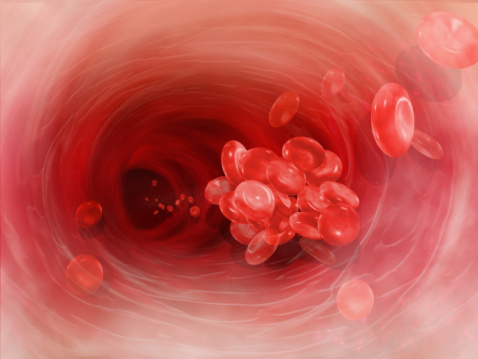 Each year, nearly 100,000 Americans die from a disease that is frequently called a “silent killer.”

Deep vein thrombosis (DVT) is a condition that occurs when a blood clot forms in a deep vein. These clots usually develop in the lower leg, thigh, or pelvis, but they can also occur in the arm.

DVT can happen to anybody and can cause serious illness, disability, and in some cases, death. When part of a blood clot breaks away, it can travel to the lung and result in a pulmonary embolism (PE)—a potentially fatal blockage of the artery. The good news is that DVT is preventable and treatable if discovered early.

So what are the symptoms of DVT to watch for?

“Symptoms can vary,” says Dr. Shayle Patzik, an interventional radiologist at Advocate Condell Medical Center’s Heart and Vascular Institute in Libertyville, Ill. “Most commonly, though, patients experience leg pain and swelling. The skin in that area may also feel warm to the touch.”

Unfortunately, since these symptoms are similar to other minor conditions, such as a pulled muscle, a diagnosis of DVT may be delayed or missed, he says.

“The gold standard for diagnosing DVT is with an ultrasound,” Dr. Patzik says.

During this simple, non-invasive test, an ultrasound technician will use reflected sound waves to see how blood flows through the blood vessels and major arteries in the legs.

According to Dr. Patzik, people most at risk for developing this dangerous condition include those who have had recent surgery and have limited mobility or are bedridden; people who have been sitting for prolonged periods of time—as in a long flight or car ride (longer than 6 to 8 hours); as well as those who are smokers, obese or may have other underlying medical conditions that may cause blood clotting.

“If there is a blood clot, depending on its size, a course of blood thinner medication can resolve the issue,” he says.

Following that, you may be asked to wear compression socks to help relieve the pain and swelling, as well as help the blood move through the vessels easier, he says.

Dr. Patzik says that you can prevent a clot from forming by making certain lifestyle changes, such as maintaining a healthy weight, avoiding a sedentary lifestyle, and following your doctor’s recommendations based on your individual risk factors.