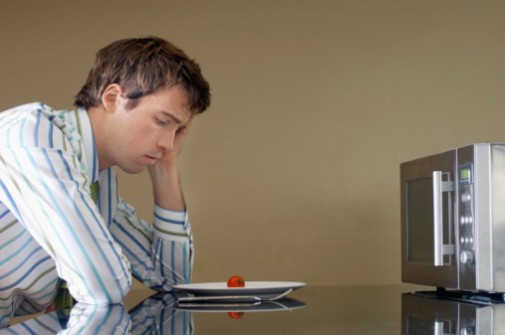 Young women aren’t the only ones struggling with body image. According to a new study, nearly 18 percent of teenage males are extremely concerned about their weight and physique.

Researchers reviewed responses to questionnaires completed by over 5,000 U.S. boys between the ages of 12 and 18. When clinical criteria used to diagnose teenage girls with eating disorders were applied, nearly 3 percent of the boys were found to have some sort of eating disorder.

However, teenage males and females have very different concerns about their appearance, researchers found. Over 9 percent of the boys said they were “highly concerned” with muscularity, while only 2.5 percent said they wanted to be skinny.

Additionally, 2.4 percent of the boys had used supplements such as growth hormones or steroids to enhance their build, which can have disastrous results, says Dr. Charles Nozicka, Medical Director of Pediatric Emergency Medicine at Advocate Condell Medical Center.

“Male teenagers using anabolic steroids may experience significant psychiatric and metabolic side effects,” says Dr. Nozicka. “They can cause mood swings or increased aggression and have been linked to suicidal and homicidal behavior, as well as depression. They also cause acne and can accelerate puberty resulting in stunted growth.”

The boys using growth hormones and steroids were also approximately twice as likely to start binge drinking and much more likely than their peers to start using drugs, researchers said.

“Clinicians may not be aware that some of their male patients are so preoccupied with their weight and shape that they are using unhealthy methods to achieve the physique they desire,” said the study’s lead author Alison Field, in a news release. “And parents are not aware that they should be as concerned about eating disorders and excessive focus on weight and shape in their sons as in their daughters.”

The researchers hope that their study corrects the assumption that teenagers with eating disorders are only female and concerned with being thin.